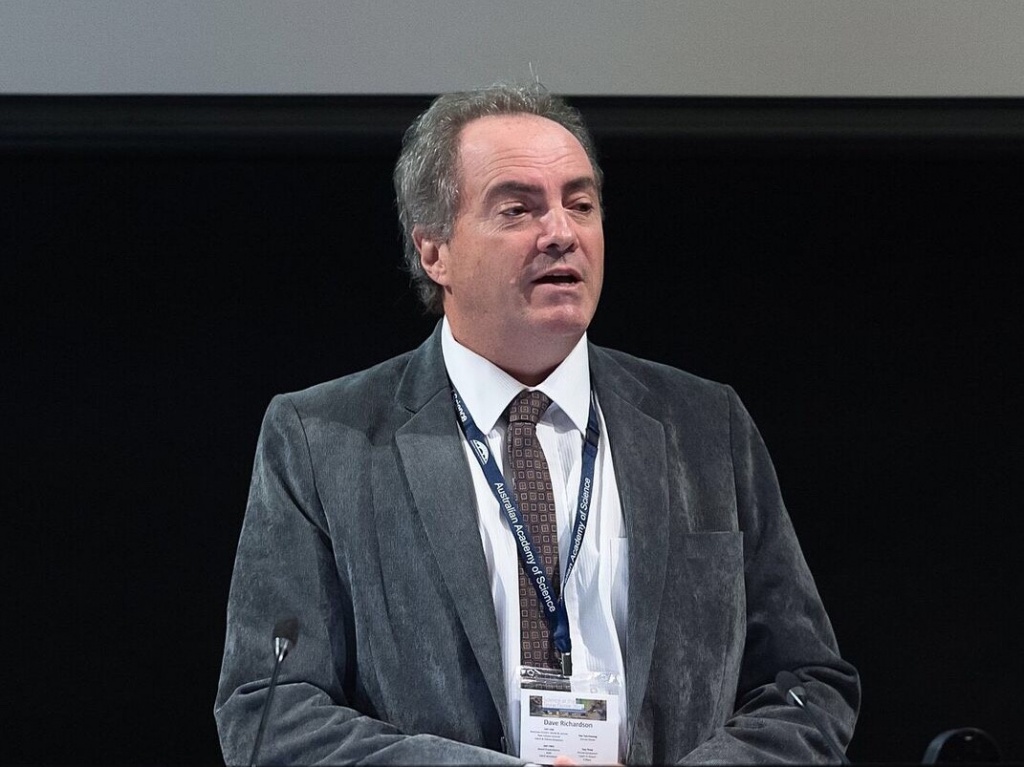 We continue publishing a series of interviews with some of the speakers of the international conference EMAPI 2017 - Ecology and Management of Alien Plant Invasions, that took place between the 4th and 8th September 2017 in Lisbon, organized by cE3c.

Today our interviewee is David Richardson Director of the CIB - Centre for Invasion Biology and Professor in the Department of Botany and Zoology (Stellenbosh University, South Africa). David Richardson is interested in the biogeography, ecology and management of invasions, and his research focuses mainly on plant invasions, especially trees and shrubs. He was the Editor-in-Chief of the scientific journal Diversity and Distributions for 19 years, until 2015, and is a member of the IUCN Species Survival Specialist Group on Invasive Organisms.

The CIB - Centre for Invasion Biology, of which David Richardson is the Director, is in operation for thirteen years, during which the centre has trained more than 200 students and has produced 1500 publications, and has provided input to many national and international policies.

I think you are absolutely right: South Africa has many problems with invasive species, for many reasons. Probably the most famous [problem] is that we have many invasive tree species. That is because South Africa has very little natural forest, so in the mid 1800s many tree species were introduced from Australia, North America and Europe: pines, eucalipts, acacias… so we have many of the same invasive species that you have in Portugal.

So, we do have a long experience of researching and managing invasive species. We have many successful operations - but still many problems. And the one that really stands out for me is indeed invasive trees. We have had a lot of success with biological control, introducing host-specific insects and pathogens from the native range of the invasive plants [insects that occur where the plant species are native and which have co-evolved with the plans], and it is very good to see that Portugal is now beginning with this as well.

I think the whole scope of research on invasive species is becoming much broader, as we realize that we need to understand not only the biology of invasive species but also the economics, and how the public perceives the problems. And we need to merge these understandings to produce sustainable management plans.

What do you see as the role of internal communication - between researchers in different areas -, as well as communication with the public, in the study of biological invasions?

Well, we have a very good outreach program at the CIB [Centre for Invasion Biology], where we focus on introducing issues about invasive species to school children: explaining to them why this represents a problem, and what are the implications for ecosystems, for ecosystem services and for economics. And this has been very successful. We have focused mainly on working with school kids in the rural and poor areas of the Western Cape province of South Africa. Many school kids do not have much knowledge of science. Some of the kids that we worked with through this outreach programme seven or eight years ago are now at university studying science. This has been a very effective investment by us.

We also do various forms of networking: we have partners from South Africa’s national parks service and other conservation agencies, with whom we hold regular workshops to discuss the knowledge that has come from research and to hear from them what new problems they are experiencing. We also organize international meetings, in which we share successful and unsuccessful outcomes, so we can learn from that.

What do you see as the great challenges and the new opportunities in the field of biological invasions, particularly concerning tree invasions?

The biggest opportunity is, I think, sharing success stories. Many people are depressed because the problem is so large: there are no instant solutions to most problems with invasive species, but if you address the problem systematically and have realistic objectives, there is hope for achieving success. At meetings such as the EMAPI conference in Lisbon we hear about many advances, new methods, and new ways to involve the public through citizen science - all of these are essential for raising awareness and for ensuring success in efforts directed at managing invasive species.

For instance, there is a big problem with Eucalyptus and Pinus species, with conflicts of interest between the forestry companies and the people who manage biodiversity and water conservation. And that is where we need stakeholder engagement. We have had very successful stakeholder engagement in South Africa, which has led to new regulations and codes of conduct.