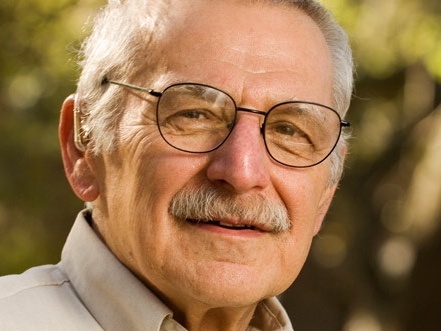 Today we start a series of interviews with some of the plenary speakers of the international conference EMAPI 2017 - Ecology and Management of Alien Plant Invasions, that took place between the 4th and 8th September 2017 in Lisbon, organized by cE3c.

Our first interviewee is Harold Mooney, Senior Fellow, Emeritus of the Stanford Woods Institute for the Environment and holder of the Paul S. Achilles Professorship of Environmental Biology at Stanford University, USA. Harold Mooney has been involved in plant research for decades, from plant ecology to the study of physiology. His vast work has contributed to the modern global plant research. Plant invasions became the focus of his research in the late 1980s: since then, he has stressed the importance of an integrated perspective on alien plants, bringing together naturalists and social scientists. He brought attention on our impacts on ecosystems, when our activities imply or result in the introduction of new species.

How do you evaluate the work that has been done since the 1980s until today in bringing awareness to the impact of human activities in ecosystems through introducing new species?

I think there has been an enormous amount of progress, because there is a great number of people who have been attracted to the area. The earlier investigators had to be very broad, and now there is more specialization, people can look in more detail on some issues rather than just a broad brush. I think the area is getting more textured and richer - the complexity of it is becoming even more obvious.

I imagine that nowadays it is also involving more areas of society.

Yes, absolutely. That is quite evident at this meeting [EMAPI 2017]. I think investigators are realizing how many people are impacted by what is going on. And people in different areas are starting to do research - in the social sciences, for example. So I think there is more connection with society and a greater understanding of what these impacts mean, using different kinds of research tools to look at them.

In your perspective, what do you see as the great challenges and the new opportunities in the area of invasive plant species - particularly concerning policy making, in which you are also very involved?

I think…things are happening which indicate that the message is getting through. As I talked about in my presentation, there is greater awareness of invasive species being one of the drivers of global change, which brings a whole new dimension and attention to it. Invasive species interact with climate change as a driver as well as a responder.

Also, invasive species play a big role in the assessment of the Intergovernmental Science-Policy Platform on Biodiversity and Ecosystem Services (IPBES). So, I think there is going to be more attention to getting the kinds of information that governments need to make decisions about invasive species. New areas are opening up, both with the policy side as well as the research side.

To conclude: you also have an international leadership role concerning global warming - how do you perceive the withdrawal of the United States from the Paris Agreement?

Of course it is discouraging. But any given nation is a collection of hundreds of activities and drivers… and in the science community in the United States there is a huge interest in leadership and research in climate change, in global change in general, so scientists will continue their work. Also within the government there is some buffering: there are agencies which will continue their work one way or the other.

This is just too big of an issue for people to say “we are not going to do it”. Lots of people are dedicated to doing work which is a value to society.