Heat waves can change the impacts of the red swamp crayfish, one of the world’s worst invasive species 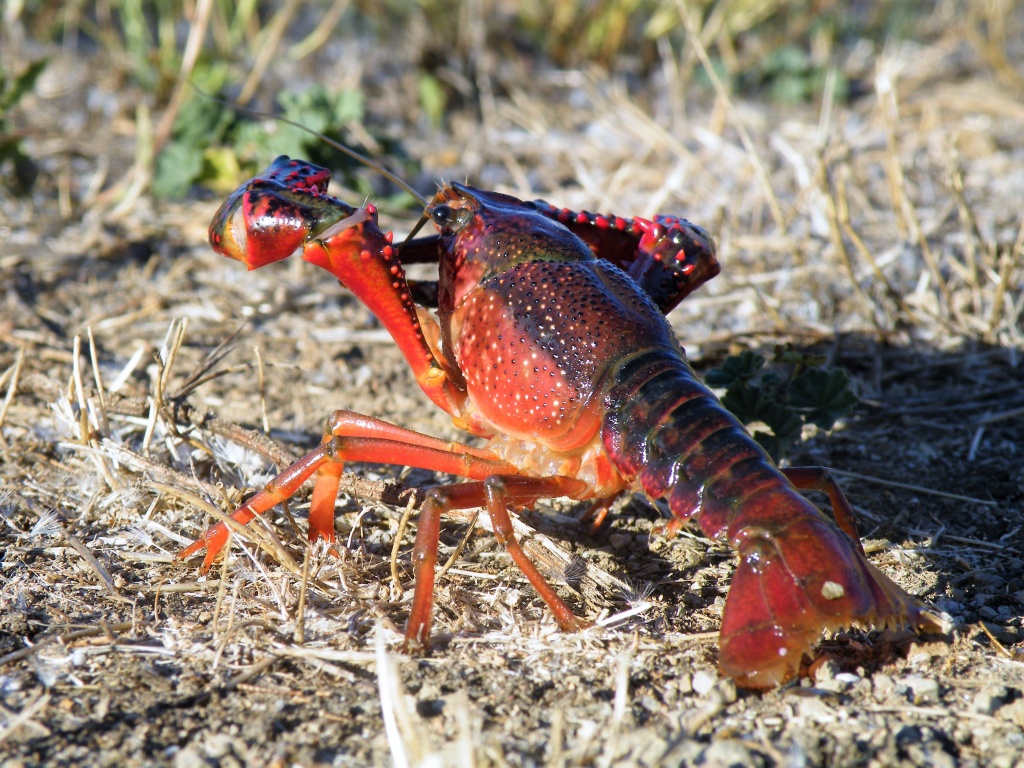 A new study (*) reveals that the red swamp crayfish (Procambarus clarkii), the world’s most successful invasive crayfish, adopts a more herbivorous diet as water temperature increases. This is a keystone species in trophic chains and, since climate projections indicate more frequent, intense and longer lasting heat waves over the century, increased herbivory may change its ecological and economic impacts in the in the future.

The red swamp crayfish (Procambarus clarkii), native to southern United States and northeastern Mexico, is among the top 10 invasive species causing the most ecological and economic damage worldwide. This species is omnivorous, feeding both on aquatic plants and mollusks, insects and even small fish. Besides being responsible for regional and global extinctions of species around the world, this freshwater crayfish is also responsible for the degradation of the habitats it invades.

To evaluate the impact of heat waves on the diet and growth of this species, researchers simulated short and long lasting heat waves in the laboratory, to which they exposed juvenile and adult crayfish fed an animal, plant or mixed diet.

The results suggest that climate change can alter the nature of the red swamp crayfish impact on ecosystems. “Heat waves led to an increase in the consumption of the plant diet, particularly marked in juvenile crayfish, which are more carnivorous than adults. Thus, climate change is expected to alter the nature of its impact on ecosystems significantly – reducing predation on insects and other aquatic animals, and increasing their impact on aquatic vegetation and rice fields”, explains Bruno Carreira, first author of the study and researcher at cE3c - Centre for Ecology, Evolution and Environmental Changes, based at the Faculty of Sciences of the University of Lisbon (Portugal).

Working in collaboration with the Forest Research Centre of the School of the Agriculture (ISA) and the Department of Animal Ecology of the University of Uppsala (Sweden), this researcher had already published by the end of 2016 a study with similar results, which showed that heat waves increase the herbivory in tadpoles of some native frog species, having warned that the same could be true for other animal groups.

Climate change – and the increase in the frequency and severity of extreme weather events such as heat waves in this particular case – could favor the red swamp crayfish and increase its impacts on the ecosystems. But, contrary to the hypothesis initially raised by these researchers, the results showed that longer heat waves may have negative impacts on this crayfish. “This species is native to a region with subtropical climate and its establishment and propagation in Europe are limited mainly by the lower temperatures, characteristic of our temperate climate. Thus, global warming and heat waves should favor this species, but in fact our results show negative effects of a long heat wave on the growth and physical condition of the animals. Although unexpected, this result suggests that rapid evolution may have occurred and that the populations of this species may have adapted to the local climate since the beginning of their invasion of Portuguese territory in 1979”, explains Bruno Carreira.

By adopting a more herbivorous diet, the red swamp crayfish changes its position in the food chain, which can change the main impacts of this species. “Increased herbivory with increasing water temperature may intensify the ecological impact of this species on the aquatic vegetation of high biodiversity ecosystems, such as Mediterranean temporary ponds. Furthermore, almost every rice field in Portugal holds established populations of the red swamp crayfish, where the growing seasons of both juvenile crayfish and rice plants coincide . Thus, a greater tendency for herbivory by these juveniles may increase rice plant consumption and the economic impacts of this crayfish”, concludes Rui Rebelo, coordinator of the project, researcher at cE3c and lecturer at the Faculty of Sciences of the University of Lisbon (Portugal).