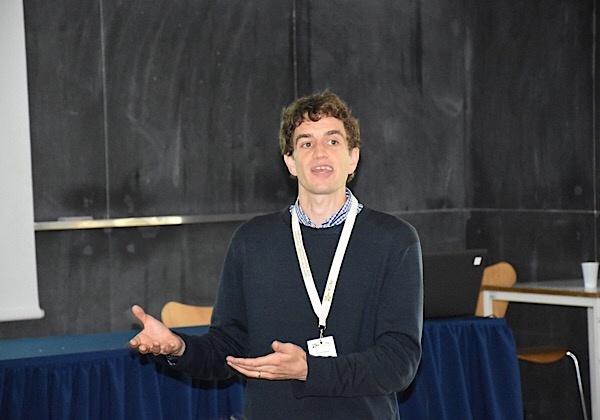 What can we learn from studying the colors of birds? A lot, actually.

During his doctoral and postdoctoral studies at the Universities of Oxford and Uppsala respectively, Simon Evans (now a postdoctoral researcher at the University of Zurich, Switzerland) spent a significant amount of time looking at birds and studying their colors, to understand how genetic and environmental causes determine the evolution of their color patches.

Now, Simon Evans has switched from birds to humans: using his experience and several of the same research tools, Simon Evans is now studying evolution in contemporary human populations. But wait…are humans still evolving? Find out more in this interview!

You have spent a significant time of your research looking at birds and quantifying their colors. What can we learn from studying the colors of birds?

It is a trait - what we could call a phenotype - that is very easy to appreciate, and therefore easier to study for us as scientists. Lots of birds, and lots of other animals, use color patches to communicate with each other, be it for example as a mating signal or a warning coloration.

I have been looking at the color patches of collared flycatchers: they are mostly black, with very distinct white patches on both wings, and the males also have a large square forehead patch. Research has shown that the males use this square forehead patch during the breeding season as a signal both to other males - to show they are competing - and to females. And females seem to choose males on the basis of the size of this patch. 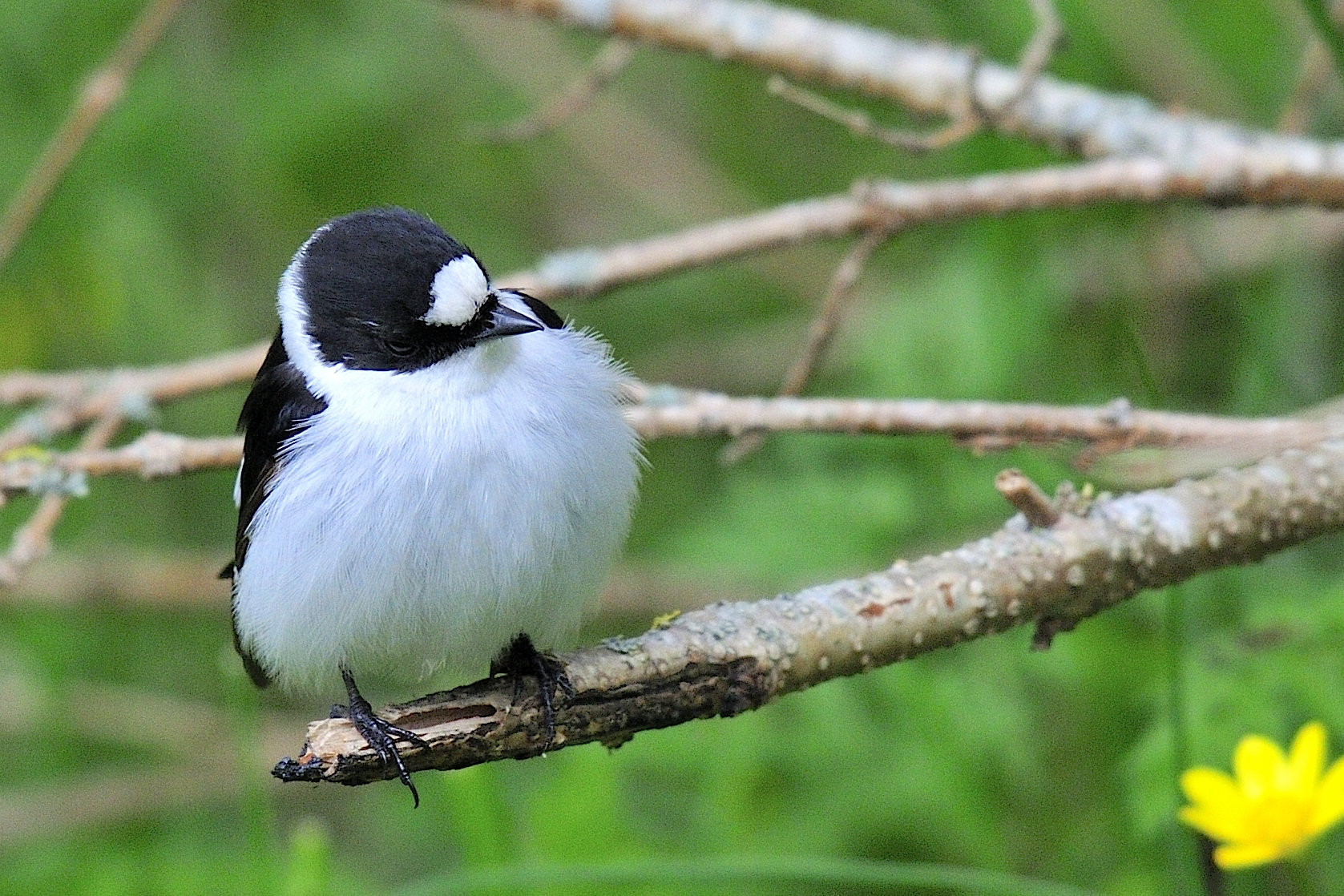 Obviously, this trait varies both between individuals but also during an individual’s life. They replace their feathers every year, which makes it possible for the patch to change in size. And we have been interested for a long time in what causes the patch to change in size - both the environmental causes and the genetic component. It is a nice, easy system for us to study how evolution might occur.

Is it always the male birds that have the more exuberant plumage? Or does it work the other way around sometimes?

It is normal in birds to be that way, yes. There are systems, I guess, where it does change, but in general it is the male birds you see wearing the very extravagant plumage - think of a peacock, for example.

That is the typical pattern. Because the females are laying the eggs, at that point they effectively have more to loose or gain - they are risking more, so they become the choosier of the two sexes, and males compete to gain paternity.

They include early environmental experiences: for example, if a bird grows in a poor area, or with a lots of siblings, it can go relatively hungry as a chick and if it survives it can be in a poor condition through the rest of its life.

Now switching to your current research work: you are also looking at evolution, but instead of studying birds you are now studying humans. Are humans still evolving?

Yes! That is really the core question that motivated the study. The person in charge of this study is Dr Erik Postma, from the University of Zurich, who is now working at the University of Exeter. When studying birds we know when they breed, how old they are, how long they live, and so on. And he saw that if we had the same sort of records for humans as we do for birds, we could effectively carry out the same analyses on humans. I think that it was the experience I had with birds that allowed me to move into studying humans.

I was initially skeptical that it would work on people, because…people’s lives are very complicated. Birds have their life quite focused on their reproduction, whereas people obviously have all sorts of extra things going on that are not typical of animal species. It has proved very interesting, actually: we have been able to observe various things, we are looking into whether or not there is evolution going on. And there are indications that there is.

How do you observe that? What kind of records do you use?

We were very lucky in that. About 100 years ago, a man named Jakob Kubly-Müller (born 1850; died 1933) - a legal attorney - was asked to resolve a dispute over a will of someone with quite a lot of money, and who had both his own children and adopted children who needed looking after. His role was to decide who was due part of the will under Swiss Law, and that required him to figure out how all these people were related.

For some reason he got a bit carried away and he just kept going, gathering records of marriages and births - it became his life work. He did that for at least thirty years, maybe more. He went to all the churches in the Canton of Glarus - which is a steeply sided valley in the Swiss Alps - and he transcribed all the records of marriages, went through all the gravestones, noting the dates when people died. And a helpful thing in Switzerland is that women’s gravestones record both their taken name - the name of their husband - and their name before they were married, which makes it much easier to track who they were.

Because it is a mountainous region, people tended not to meet people from very far away, so usually they married someone either from within their village or a neighboring village. And we have been able to create this wonderful family tree. It is incredible what he did, really. I think Erik [Postma] estimated that there are something like 300 000 people listed in total. 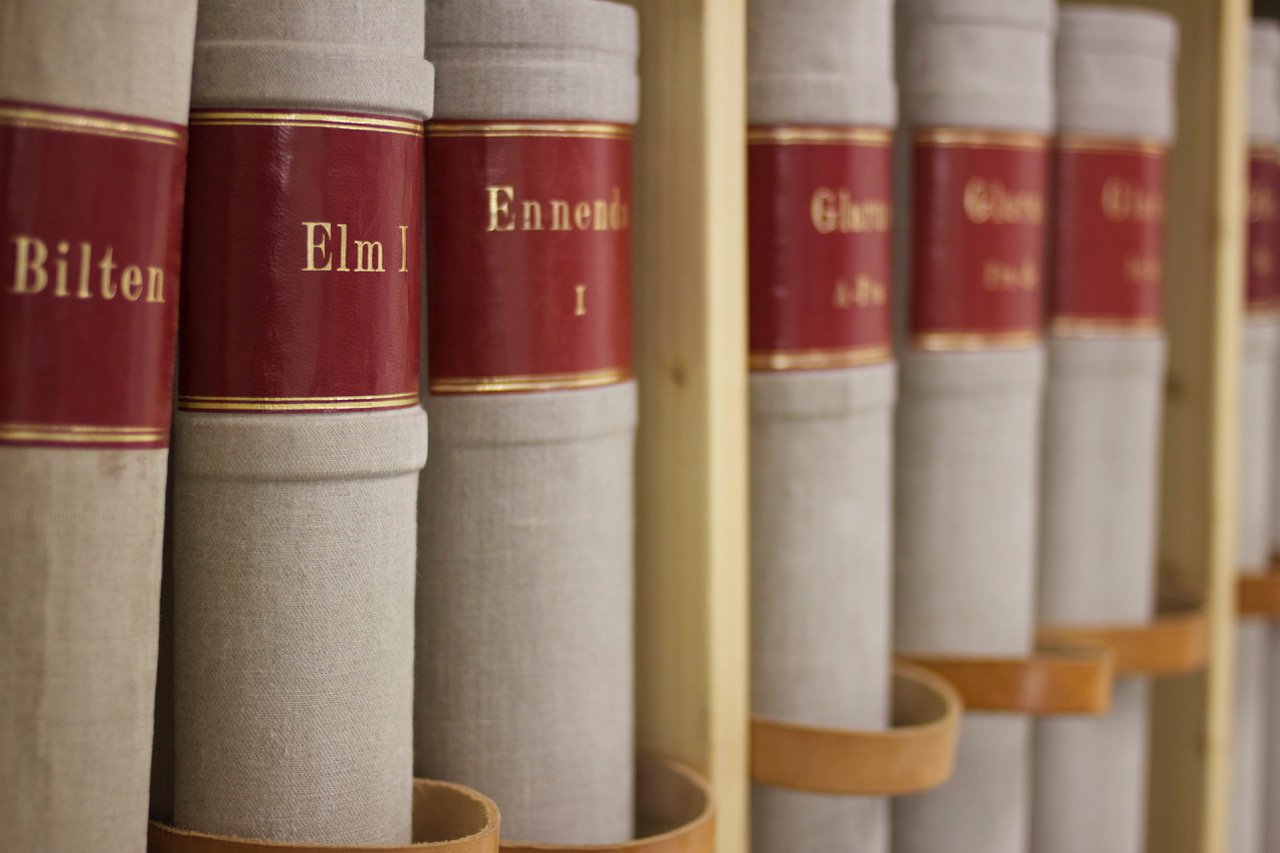 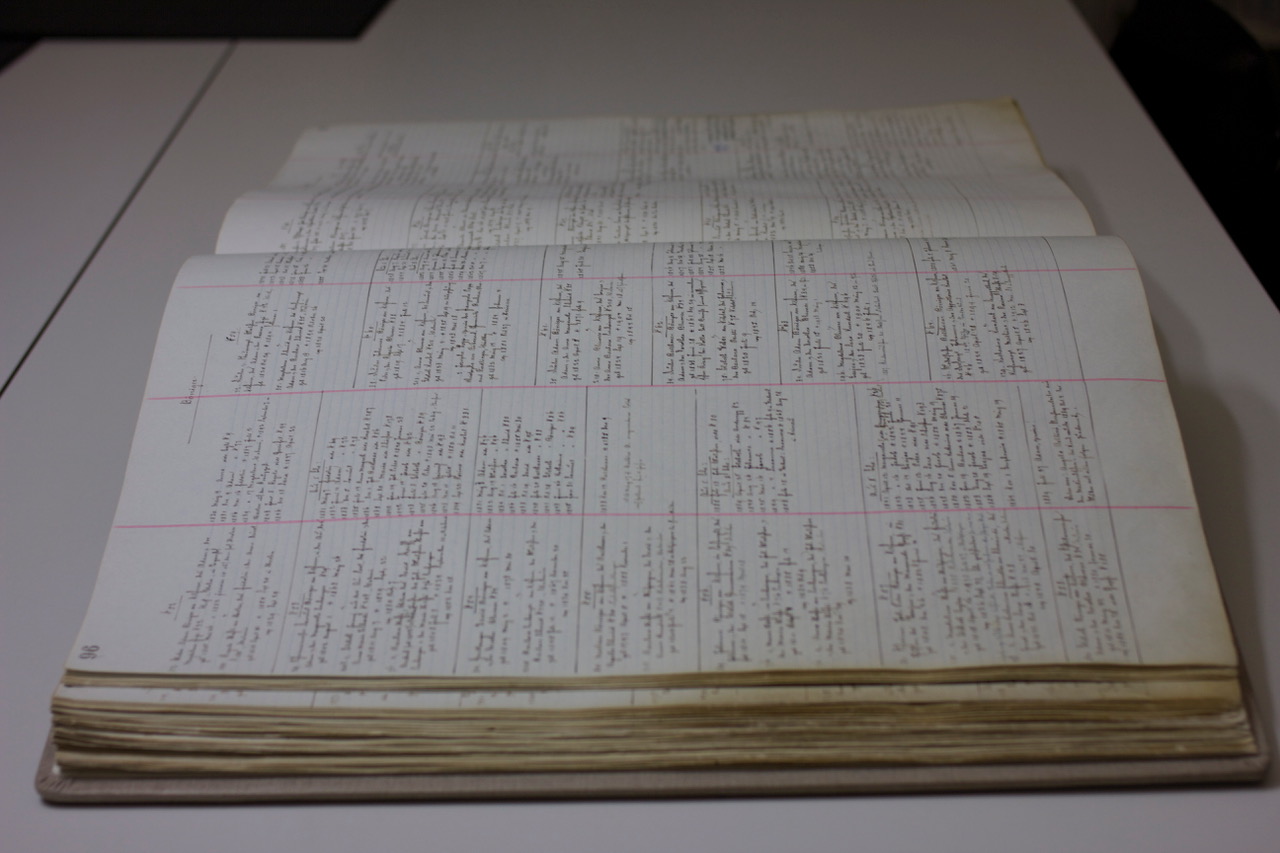 A few of the archival records used for this study

It is a huge task!

Yes. The records are in these very large volumes, and I think there are 32 in total. Each page of those volumes has been photographed digitally with a high resolution camera.

We are focusing on one village at a time, so then you have sort of sub-populations that you can study. It is a wonderful resource - and a huge amount of work. But I think it is going to produce fascinating results.

You mentioned that your results indicate that we are indeed evolving as humans. What have you observed so far that allows you to take this conclusion? Can you already talk about it?

From these records it is very easy to reconstruct life histories, and obviously there are traits in which we are also very interested. Things like reproductive timing - when you have your first child - and how many children you have in your lifetime.

I have been focusing on the age of first birth of women, by which I mean how old they are when they start having children. Previous research has shown that it does become earlier over time, over the centuries, and our research shows that to be the case in our population too. We have a much longer time span than previous studies, and there is an indication that there has been an evolutionary advance in the age of first birth. So not only women are having children at a younger age through time, but part of that change is genetic: partly caused by the environment - making it easier to have children younger - but partly this behaviour is evolving.

That advance in the age of first birth of women seems to slow down in the early 19th century, and around the 1830s it starts to turn around and heads back very quickly in the other direction. Around about the time of the Industrial Revolution something changed in society and, as a population, people in Glarus started evolving towards women having later reproduction again.

And it has been a much faster rate of change, almost back to what it was originally in the early 1600s. This is, I should stress, very preliminary work. But something we are very excited about.

It is interesting how the results reflect what happens in the society, showing that everything is intertwined.

Yes. Of course it is very difficult to identify what is the exact cause, because so much has changed in society. But we have been able to find some records of food availability, for example grain storage, and there are also some long-term meteorological records.

Obviously, it is all quite involved. But it is very interesting to study, you have to learn many different things, which is really what attracted me to it. Learning a bit of sociology, a bit of European history… there are a lot of disciplines that are potentially relevant to our research.

And what do you see as the biggest challenges in the future for this area of research? Can we call it evolutionary anthropology?

Yes. Well, for one thing I think the actual field itself is struggling at the moment to define itself. There is a bit of disagreement about what it is exactly, what its aims might be and how these can be achieved.

It seems to me that there is a division within the field at the moment, between those who come at it from an anthropological background, who have their own approaches, and people like ourselves who come at it from an evolutionary biological background and bring in novel techniques and approaches that we think can be applied. I think there is a little unease about that from anthropologists.

I think the approach we and others are taking - making use of long-term human records - can contribute a lot to biology as well as anthropology. Looking at evolution on a contemporary timescale has proven to be very challenging. The great thing about human populations is that we know a lot about them: we know about their environment, and we have detailed records of when individuals were born, how long they lived, how many times they got married, and when and where they died. This kind of data is extremely difficult to collect for wild animals, and takes decades.