"We often think about Nature as separate from humans. That the best way to save nature is to keep humans away. I think that is not a good way to think about it" Susan Clayton interviewed for cE3c 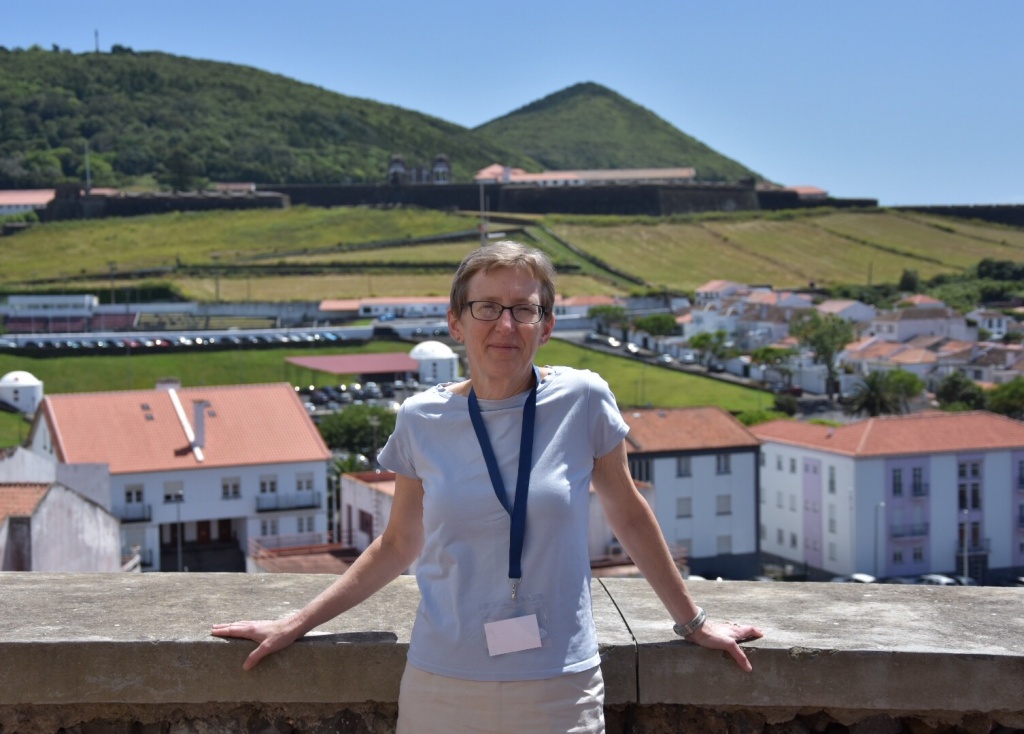 As part of some of her research projects, Susan Clayton spends a significant amount of time observing people at zoos, not only to study their response to the animals but also to understand how people interact with one another in the presence of the animals - how they turn the visit into a social experience. Through this, Susan Clayton aims to examine how people connect with the environment, and how it can lead them to the conservation of Nature:

In your research you merge psychology and conservation of biodiversity, areas which we are not used to see together. How did you first become interested in conservation psychology?

Well, it's nothing in my training, I wasn't trained in this at all. I started as a psychologist, and in my psychological training we didn't talk about environmental issues. But I like nature, I like spending time in the natural environment. A friend of mine who is also a psychologist and I, we thought that psychology is relevant to environmental problems and so we decided to start organizing symposia, and more and more people got involved. We weren't the first by any means, but we didn't know about the work of other people - I had to discover that work.

As part of your research, you spend a significant amount of time observing people at zoos. What can these observations tell us about human behavior and our relationship with nature?

The way I started this research was generally just as field biologists might start their observations. I saw what was happening, and then I came up with a tipology of behaviors and started to develop categories. What you learn from the behavior depends on what you're looking for. I was interested in how people were responding to the animals: Were they happy?, Were they sad?, Were they interested? I was particularly interested in whether they tried to imitate the animal or get the animal's attention. Another thing in which I was interested is how people were relating to each other in the presence of the animal. I wanted to understand how did the zoo become a social experience, in what ways did people try to create interactions with each other while they were looking at the animal.

And you did this research in zoos all over the world?

The main research I did has been in the US. I've been in other zoos since then, but these observational studies were mostly in the US.

As a curiosity: are the visitants of the zoo curious themselves when they see you observing them?

Yes [laughs]. It's interesting, actually. We have to be very ethical, and not make people unconfortable. Many times people just didn't notice me and I tried to be nonintrusive. But if they did notice me and ask what was I doing, I would say I was observing visitor behavior. And they thought it was funny. They said "Oh, you're watching us watching the animals!".

If I recall correctly, you have also worked in a few zoos in China and France as well. Do you notice cultural differences in their design?

There clearly are cultural differences, but I don't know enough to really talk about it. I've only seen one zoo in China and a few zoos in France, so to talk about general things... Certainly some zoos are more old fashioned in the way they put the animal on display, and the cage is very bare and depressing and there is no concern for the animal's well-being, while there are others much richer and more natural-looking.

And how can your research in zoos help us tackle one of the most severe challenges we are currently facing, climate change?

I think one reason is that people actually learn about climate change when they're in the zoo. A lot of zoos have messages about climate change and how it is threatening animals. So while people are at the zoo, in contact with the animals, they're feeling the emotional response and they're kind of receptive to a message about climate change. So there's really two things: one is that they're ready to hear about climate change, and another is that seeing makes them think about how animals are affected and care about them. At least ideally.

And then the message can become more effective.

And taking into account your perspective on conservation psychology, what is your view on the Paris Agreement that followed COP21?

Well, I try to be optimistic, because otherwise you just have to give up! [smiles] I think it was further than we had gone before. It wasn't as far as we could have gone as a global community, but I felt positive about the fact that climate change has just reached that level of international attention and that there was some type of agreement, even though it doesn't have inforcement mechanisms. So, I would say cautiously optimistic.

I think there's been a lot more interest, more psychological work. The trend is positive. I know of more projects that have interdisciplinary collaborations with psychologists. Has there been much behavior change? It's very slow. My own hope is that we'll reach a positive inflection point when change will start to happen a lot more quickly. And in terms of public awareness of climate change...at least in the US very few people were talking about it even 10 or 15 years ago in the public media. Scientists were talking about it, but the public was ignoring it and that certainly has changed a lot. I don't think psychologists can take the credit for that, but I think it indicates that there's been a trend towards more concern and more action.

We often think about Nature as separate from humans, that humans have to sacrifice in order to save nature. That the best way to save nature is to keep humans away. I think that is not a good way to think about it. Obviously there need to be some protected areas, but to really create more general concern we need to recognize that humans are part of nature. They should save it for their own sakes.