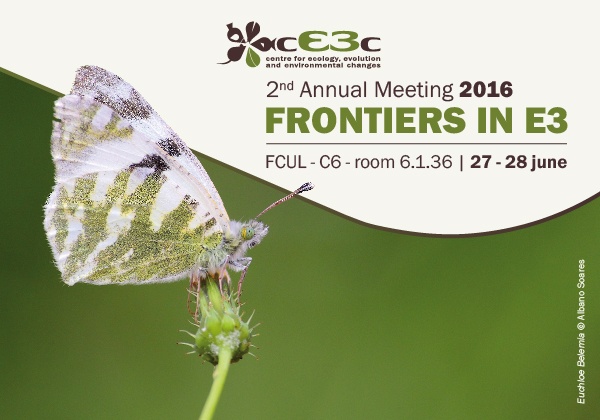 Safeguarding biodiversity has been one of the most important issues on the environmental and forest policies agenda since 1990's. The problem remains in terms of decisions and knowledge on where to set appropriate conservation targets. Hence, we need detailed and reliable spatial information about habitat structure and composition and methods for estimating this information over the whole spatio-temporal domain. In answer to this target, I will provide examples of different species distribution models and coupled methods using remote sensing techniques. Also I will introduce the services of THEIA Land Data Centre in France & of the Centre for Biological Diversity (CBD) to discuss on potential cooperation strategies.

Hosts evolve to minimize the fitness reduction caused by parasites, while parasites optimise the exploitation of their hosts. In models of this process high genetic specificity in host – parasite interactions is assumed. These interactions are in the centre of theory of host – parasite coevolution and determine important aspects of the coevolutionary process, such as its tempo and mode, the occurrence of cyclic allele frequencies, and the potential for evolutionary novelty. They are also crucial for the consequences of coevolution, such as the maintenance of sex and of genetic variation. In my presentation I will analyse the global genetic architecture of the Daphnia magna - Pasteuria ramosa, host-parasite interactions and will test predictions and assumptions of models of spatial divergence in relation to host – parasite coevolution.

We have entered a new geological era, the Anthropocene - the geological era of us humans. Land use has reached almost every corner of the planet, and human-induced environmental changes such as climate change, nutrient deposition, or invasive species fundamentally change ecosystems from urban areas to the most remote last wilderness areas. These changes are threatening the well-functioning of the Earth as the life-supporting system for us and our societies. The new ecological conditions of the Anthropocene imply that ecological science has to change fundamentally to be able to help society dealing with these immense environmental problems. Humans have become the keystone species in most ecosystems, but ecology is traditionally a science that excludes humans as an internal factor in the studied system. Ecological systems are in rapid transformation and therefore in non-equilibrium, but ecological science had in the past a preference to start investigation based on an assumption of equilibrium. And, we need an ecological science that directly contributes to the solving of complex socio-ecological problems, but ecology as a disciplinary natural science specialised in analysing the functioning of ecological systems rather than devising ways to shape them in collaboration with practitioners and social sciences. The next few decades will be decisive for the long-term ecological future of the planet, and therefore we have to rapidly and fundamentally change how we do ecological research. I will discuss elements of a new type of ecological research and amongst others argue why islands can be good model systems for such research.