Bats, virus and a culture of fear: recipe for disaster? 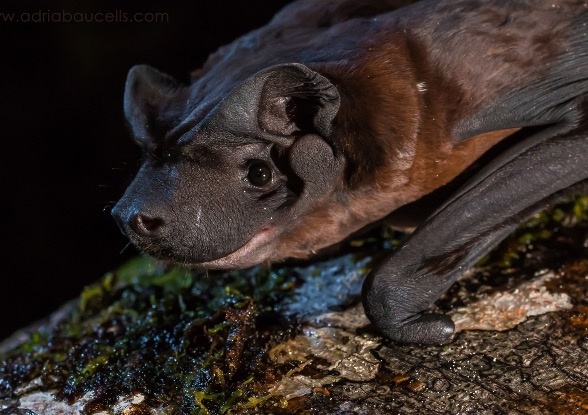 A study now published in the scientific journal Mammal Review (*) shows that most virological bat-related studies portrays bats solely as a threat to human health and, as such, provide a skewed vision of this animal group. This vision reinforces a culture of fear that undermines decades of conservation efforts of these animals, which have a key role in providing ecosystem services.

Every year, by the end of October, cities across the world are invaded by decorations portraying one of Halloween’s most terrifying symbols: bats. This association between bats and Halloween reflects a long-standing association between this important group and wide-spread cultural prejudice due to legends, myths and folklore. Alarmingly, these negative stigmas to which bats have been traditionally associated have recently been reinvigorated by fear-inducing media representations of bats as a major threat to human health.

Although bats (as many other animal groups, including pets) can potentially transmit some diseases to humans, there are also responsible for numerous benefits such as the control of pathogen-carrying mosquitos or agricultural pests. Their disappearance would translate in enormous economic losses and arguably wide-scale ecosystem collapse.

The researchers reviewed the framing of bats in more than 130 virological scientific publications. The review revealed that more than half of all studies described bats as a major concern for public health, while mostly omitting their key role in delivering ecosystem services. This biased framing of bats generally lied on weak evidence on the potential transmissions pathways from bats to humans, the proportion of infected bats or the number of lethal cases in humans.

“Due to the wide array of negative images that bats evoke, this biased framing has an enormous potential to permeate beyond scholarly circles through both traditional and social media”, states Ricardo Rocha, one of the study co-authors, collaborator of cE3c – Centre for Ecology, Evolution and Environmental Changes (Faculty of Sciences of the University of Lisbon - FCUL, Portugal) and researcher at the University of Cambrige (United Kingdom).

For example, a recent review on zoonotic patterns was covered in the media with headlines such as “Bats are special, but not in a good way” or “Vampire bats attack, feast on humans in Brazil”. By re-enforcing a culture of fear, the demonization of bats can swiftly erode the values that society places on this species-rich group and consequently threaten its long-term persistence.

“While fear easily spreads from person to person, just like a virus, values such as respect or esteem for bats take long time to sediment”, says Adrià López-Baucells, researcher at cE3c - Centre for Ecology, Evolution and Environmental Changes (FCUL, Portugal) and at the Natural Science Museum of Granollers (Catalonia).

The authors urge that an integrated and interdisciplinary approach to articulate bat-related science communication is needed in order to provide society with a comprehensive and unbiased perception of bats.