Does sex matter? For bats, it does 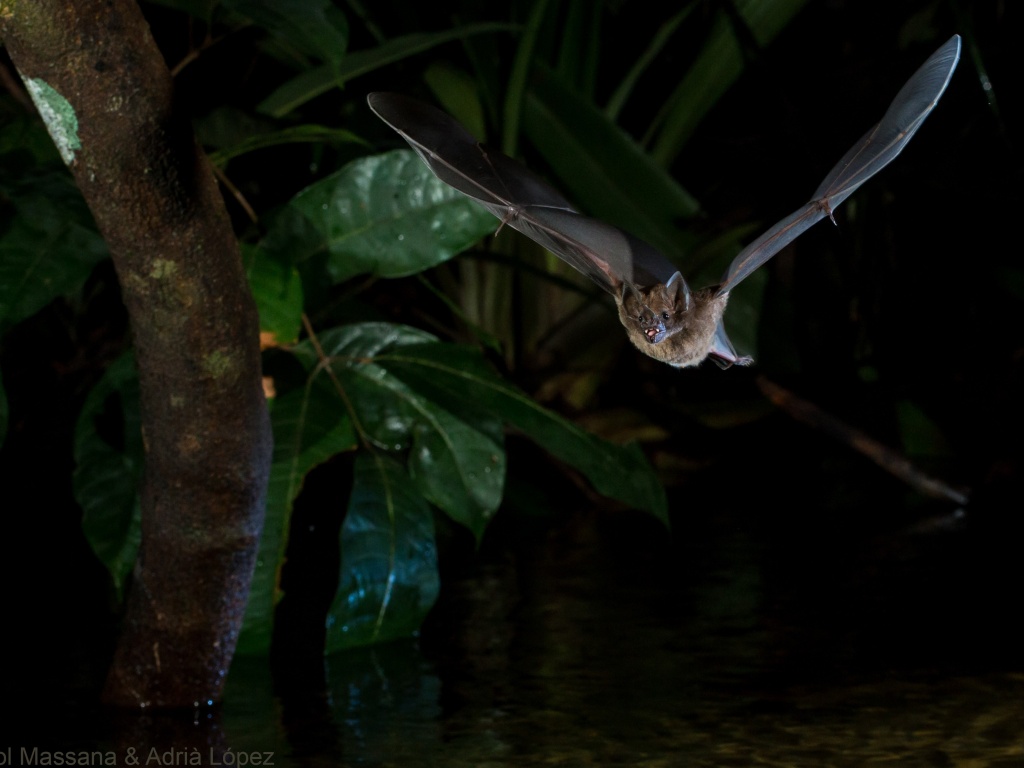 A new study (*) shows that, for bats, sex matters: males and females respond differently to the fragmentation and degradation of their habitats, one of the most serious threats to biodiversity. It is the first study of this kind with bats, it is coordinated by cE3c researchers, and its conclusions will allow the development of more specific and effective conservation plants.

Tropical forests are among the world’s most threatened ecosystems. Pressure from human activities such as agriculture or industry causes the degradation and fragmentation of its habitats.

Bats play a key role in maintaining these ecosystems, by dispersing seeds, pollinating plants and reducing populations of various invertebrate species from which they feed. Although several studies address the impact on bats of the fragmentation and degradation of their habitats, none had investigated their specific responses by gender. Until now.

This study uses as a starting point more than 2000 bat captures of two of the most abundant Amazonian bats, Carollia perspicillata and Rhinophylla pumilio. “The females of the two species that we studied have their period of highest reproductive activity in dry season. If females are pregnant or lactating, the way they respond to the different types of vegetation and their disposition  in the landscape – that we measure through what we call metrics of habitat composition and configuration – will be different. This is because females will be more dependent on fruit availability or will not be able to travel as much as males to forage”, explains Diogo Ferreira, one of the coordinators of the study, researcher at cE3c (Faculty of Sciences of the University of Lisbon) and the Biological Dynamics of Forest Fragments Project. This study hence suggests yet another level of complexity in terms of how tropical bats respond to landscape-scale changes in their environment.

The rate of fragmentation of tropical forests is due to increase in the coming decades. Our capacity to conserve tropical forest vertebrates will depend on our understanding of species responses to fragmentation. “In this context, it is important to know if males and females respond differently, especially when you consider that modifications in the population structure – for example, in the sex ratio – can act to diminish or magnify the pervasive impacts of forest loss and habitat fragmentation”, concludes Ricardo Rocha, first author of the study and at the time of the study researcher at cE3c, and now researcher at the University of Cambridge (UK).