The spider mite, a world pest of agricultural crops, can be defeated by bacteria 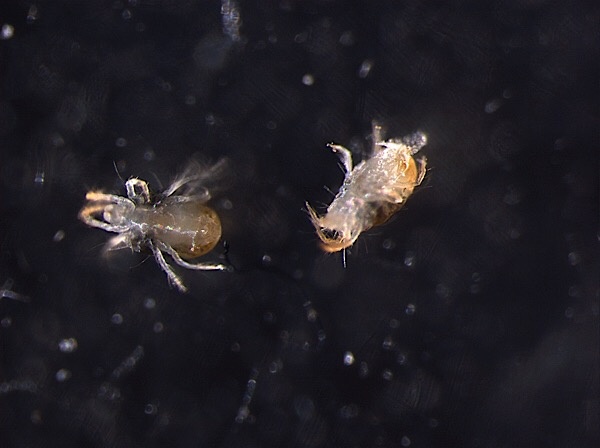 New study (*) reveals that the spider mite (Tetranychus urticae), a well-known world pest of agricultural crops, has no defense mechanisms against bacteria.

Less than one millimeter in length, the spider mite (Tetranychus urticae) is almost invisible to the naked eye. But because it can feed on hundreds of species of plants, including important agricultural crops like tomato, cucumber, strawberry and lemon, its effects can be devastating. The study now published reveals that spider mites can be defeated by bacteria: researchers have evaluated the effects of infection with the bacteria Escherichia coli and Baccillus megaterium, noting that spider mites do not have defense mechanisms against these infections.

“Bacterial infection led to a fairly rapid death of most infected spider mites, associated with the continued and uncontrolled growth of bacteria inside the mites. At the genetic level, we also found that spider mites do not activate genes in the presence of pathogens such as these bacteria”, explains Gonçalo Santos-Matos, first author of the study and at the time of the study researcher at cE3c, based at the Faculty of Sciences of the University of Lisbon (FCUL) (Portugal), and now researcher at IGC - Instituto Gulbenkian de Ciência.

Sequencing of the spider mite genome had already revealed that a good part of the genes known to encode the immune response in other invertebrates were absent in this species. However, it was not known whether spider mites were capable of combating bacterial infections using other mechanisms encoded in other genes.

It is important to note, however, that not all mites have this lack of immune response. Another species of mite, Sancassania berlesei, is able to control bacterial growth and survive infection. “An important difference between these mites is the habitat they occupy and the diet they have. While S. berlesei feeds on debris in which the presence of bacteria is more than likely, the spider mite feeds on sucking the cytoplasm of the cells, a virtually aseptic medium”, conclude the coordinators of the study Élio Sucena, researcher at IGC - Instituto Gulbenkian de Ciência and Professor at FCUL, and Sara Magalhães, researcher at cE3c.

This study results from the collaboration between cE3c – Centre for Ecology, Evolution and Environmental Changes and IGC – Instituto Gulbenkian de Ciência, with the support of a team of Vetmeduni at Vienna (Austria).