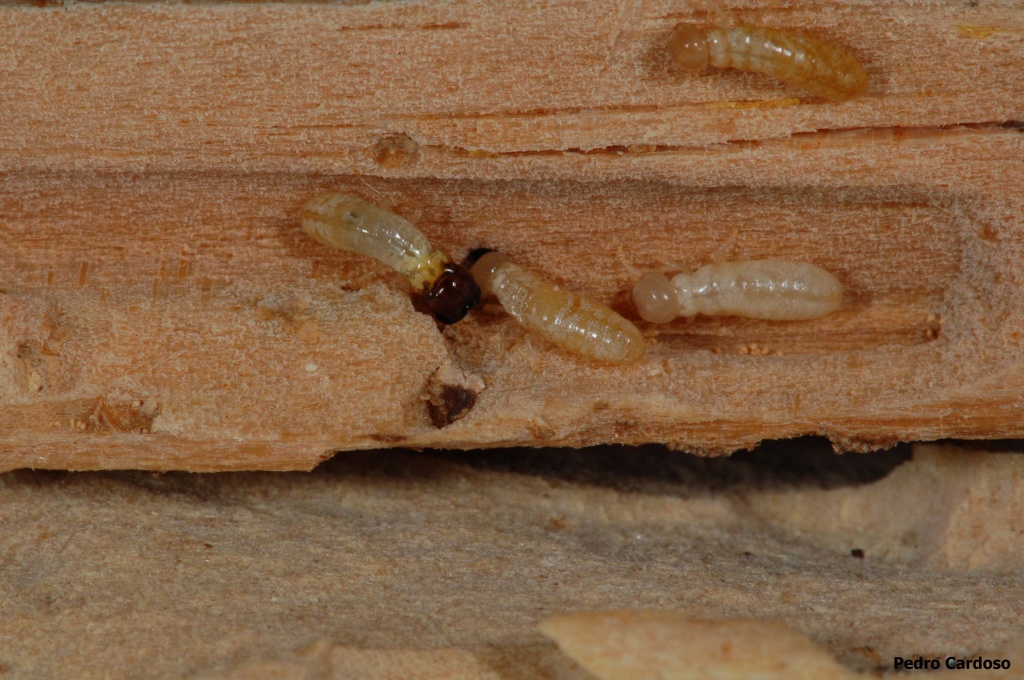 The detailed report on the impact of drywood termite Cryptotermes brevis (Walker) on Azores for the period 2010-2014 is presented.

After 2010, monitoring was extended to various affected spots and is currently held in the islands of Pico, Faial, S. Jorge, Terceira, Santa Maria and São Miguel with the financial support of the Direcção Regional da Ciência e Tecnologia between 2010 and 2012 and Direcção Regional do Ambiente between 2014 and 2015, and logistical support of the Municipalities of Vila do Porto ( S. Maria ) , Ponta Delgada (São Miguel) , Angra do Heroismo (Terceira), Lajes (Pico ), Calheta (Sao Jorge) and Horta (Faial).

The main conclusions from this long-term study are for now:

1) The populations of the affected areas are more aware of the issue and are collaborating more in the monitoring process;

2) The infested area in the city of Ponta Delgada, Horta and Angra do Heroísmo has increased with the inclusion of housing outside the central urban area, which do seem to indicate the spread of plague through furniture in these years;

3) The most affected areas are the towns of Angra do Heroísmo and Ponta Delgada, particularly in central historical areas. In both cities there are over the years of monitoring, an increase in catches of winged termites and an increase of the high risk area of infestation, particularly  in Angra do Heroismo;

4) The remaining affected sites remain apparently stable, but with considerable numbers of winged termite catches. In areas where the dispersion area is still low eradication operations can be performed. These are: a) Calheta on the island of S. Jorge; b ) Calheta do Nesquim on the island of Pico ; c ) Vila do Porto on the island of Santa Maria.

5) With the support of the Direcção Regional do Ambiente, in 2015 we will train technicians of the various city councils to monitor termites in the Azores and setup priorities for eradication in areas where this is technically possible.