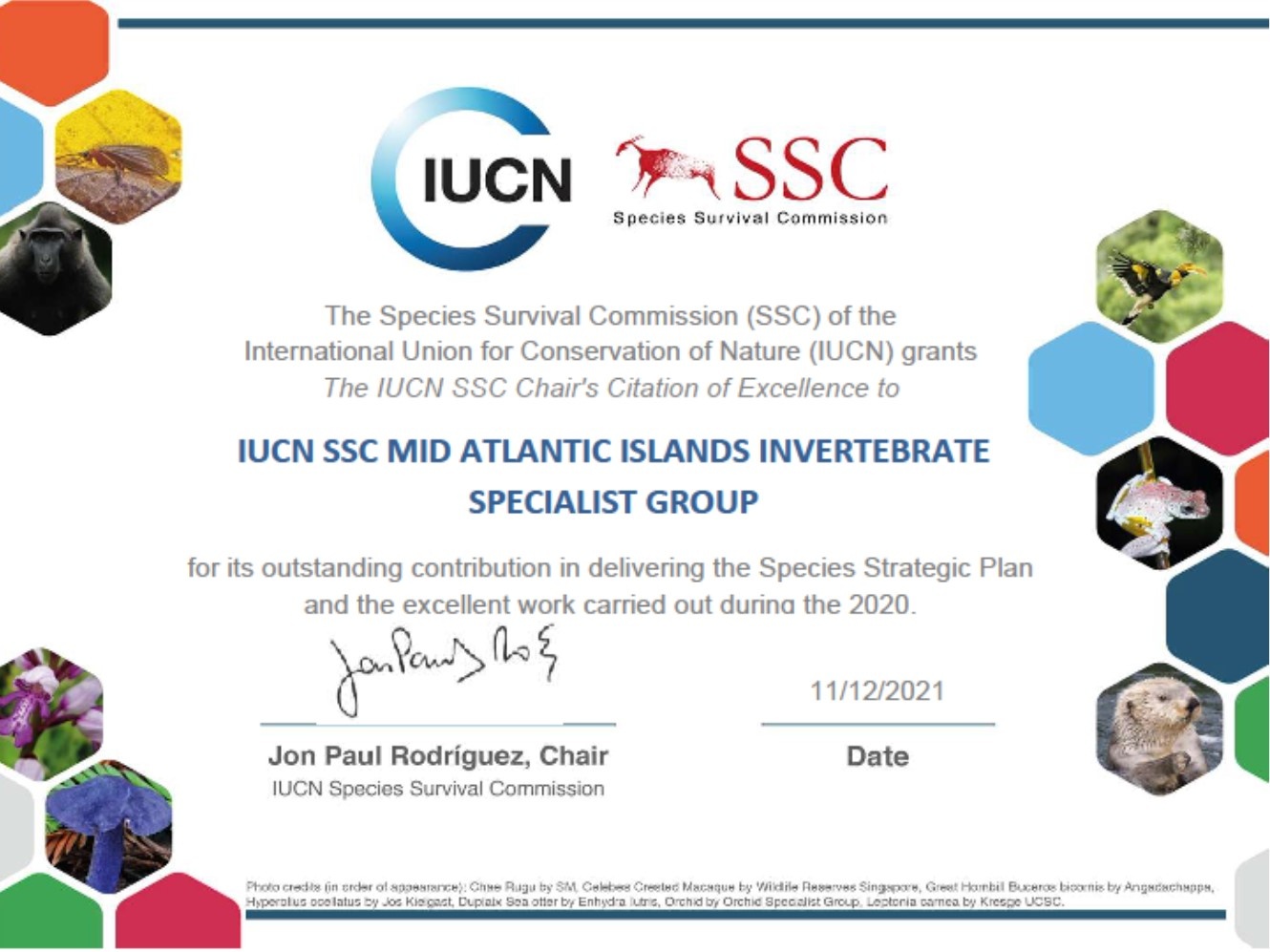 This award was given to all groups that met above-average the IUCN – SSC objectives in the year of 2020.

SSC MID-ATLANTIC ISLAND INVERTEBRATES SPECIALIST GROUP has evaluated over 300 Red Arthropod and Mollusk species from the Macaronesian and South Atlantic Islands during the Red List, has published several scientific articles and participated in various conservation planning and active conservation.