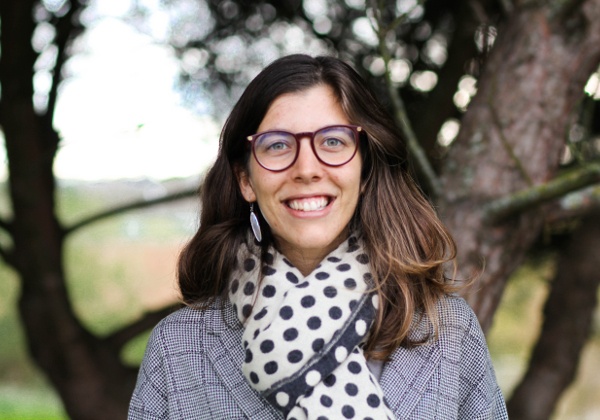 Meet Joana Pereira, PhD student at cE3c in the Doctoral Programme in Biology and Ecology of Global Change – a joint Programme by University of Lisbon and University of Aveiro –  and her project, awarded with a National Geographic Early Career Grant!

After a Bachelor’s in Biology by the University of Lisbon (2010-2013), Joana moved to Sweden to pursue a Master in Biology – Ecology and Conservation in Lund University (2014-2016), where she studied how we can use bumblebees’ behavior to access habitat quality in agricultural patches. In 2017, during almost one year she worked in the LIFE Dinalp Bear Project with an Erasmus+ Scholarship, where she studied the food habits of Brown bear (Ursus arctos) in Croatia.

Project: Human-wildlife conflicts in NE Mozambique: understanding the social and biological contexts of the conflict and defining mitigation and management strategies.

What is your project about?

My project is about people and their interaction with wildlife. It is about addressing their needs in a way that can improve both their well-being and their coexistence with wildlife - a win-win situation for both sides The project consists on evaluating the conflicts’ scale between large mammals’ species and local communities present in the Quirimbas National Park (QNP, NE Mozambique) and surrounding areas, understanding the social and biological contexts of the conflict and defining mitigation and management strategies to improve coexistence.

When will it take place?

I have just started my PhD and I will conduct a pilot study at the end of August, 2019, during two months. After that, I will be back to Mozambique next year, 2020.

Why is this problem important?

In a world where human population is exponentially expanding it is urgent to find sustainable ways of living together with wildlife. Conflicts are increasing worldwide and are a result of this rapidly human spreading. Therefore, finding ways of addressing and mitigating them is crucial. Also, the complexity of human-wildlife conflicts have been overlooked, since we have been focusing on the material and monetary loses, and missing to tackle in much deeper underlying issues. Actually, in most of the cases, the conflicts are more human-human, than human-wildlife. Understanding how we can use the ecological, social-economic, political, religious, cultural and historical context of the problem can be key to efficiently approach these problems.

How will you study it?

The aim is to work with all the main stakeholders that could be playing a relevant role in the conflicts, through the use of inquiries, interviews, participatory meetings and workshops. These will help me to map the conflicts and the social-economic situation in the Park. In addition, I will use camera trapping to collect data about species distribution and abundance. The final task, will be to select and implement, together with local communities, some mitigation measures to decrease the current conflicts.

Who is part of the team?

My main supervisor is Luís Miguel Rosalino (cE3c, FCUL) and my co-supervisors are Seth Wilson (University of Montana, US) and Carlos Fonseca (CESAM, UA). In Mozambique, I will have the logistic support from the University of Lúrio, through the project AWILD-CCP – Ecology of Wild Carnivores in the Quirimbas National Park: Support for Biodiversity Conservation and Sustainable Management in Mozambique – coordinated by Serafino Mucova and in partnership with CESAM.