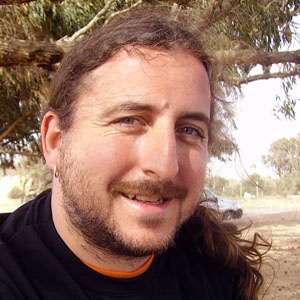 H Index of Web of Science 31

I am  a biogeographer with broad interests in macroecology, community ecology, island biogeography, insect ecology, evolution, and biodiversity research. My main research aim is to determine why biodiversity – and in particular community structure – is geographically distributed the way it is, and to identify the processes that underlie the spatial and temporal dynamics of ecological assemblages.

Currently I am a Tenured Scientist at the Department of Biogeography and Global Change of the Natural History Museum in Madrid (MNCN), a research institute of the Spanish Scientific Council (CSIC). I am also a Collaborating Professor at the Departamento de Ecologia of the Federal University of Goiás (UFG) in Brazil, and an Associate Researcher of the Centre for Ecology, Evolution and Environmental Changes (cE3c).

I am Editor-in-Chief of Frontiers of Biogeography – the official journal of theInternational Biogeography Society (IBS) – and Subject Editor of Ecography.

After my research training and PhD at the Natural History Museum in Madrid (1996-2004), I worked as a postdoc at the Azorean Biodiversity Group in Terceira, Azores (2004-2005) and the Center for Macroecology of the University of Copenhagen (2006). From 2007 to 2010 I was a Research Associate at the NERC Centre for Population Biology of the Imperial College London at Silwood Park. Finally, in May 2010 I moved back to the MNCN, first as a JAE-Doc Research Associate, then as a Ramon Y Cajal Fellow, until the start of my current position in 2016. During 2010-2012 I was also a Visiting Researcher at the Departamento de Ecologia of the UFG. See a recent version of my CV for more detailed information.