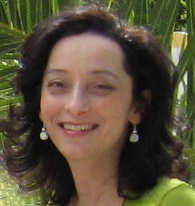 H Index of Web of Science 15

I received a Ph.D. degree in Biology from the University of California, Los Angeles (UCLA, USA) in 2005 and I am a member of the Island Biodiversity, Biogeography and Conservation research group (IBBC) of cE3c. My research interests include evolutionary biology, phylogeography, conservation genetics and molecular systematics. My main interest is to investigate generation and loss of biodiversity, in particular processes responsible for population differentiation and extinction. Namely, my research on carnivores (Iberian wolf) and on cave and surface oceanic island arthropods (Azores) has focused on the effects that small population size, habitat fragmentation and isolation have on genetic diversity. My current post-doc project aims to investigate molecular diversity of cave bacteria in Azorean lava tubes and their biotech potential. In the last few years I have also been working on non-conventional communication approaches about natural heritage and biodiversity conservation.

My current research is driven by the following objectives: i) use Macaronesia as a model system to investigate evolutionary mechanisms responsible for the generation of island endemics; ii) explore the biotech potential of such unique organisms; and iii) develop non-conventional communication strategies aimed to preserve native island biota.