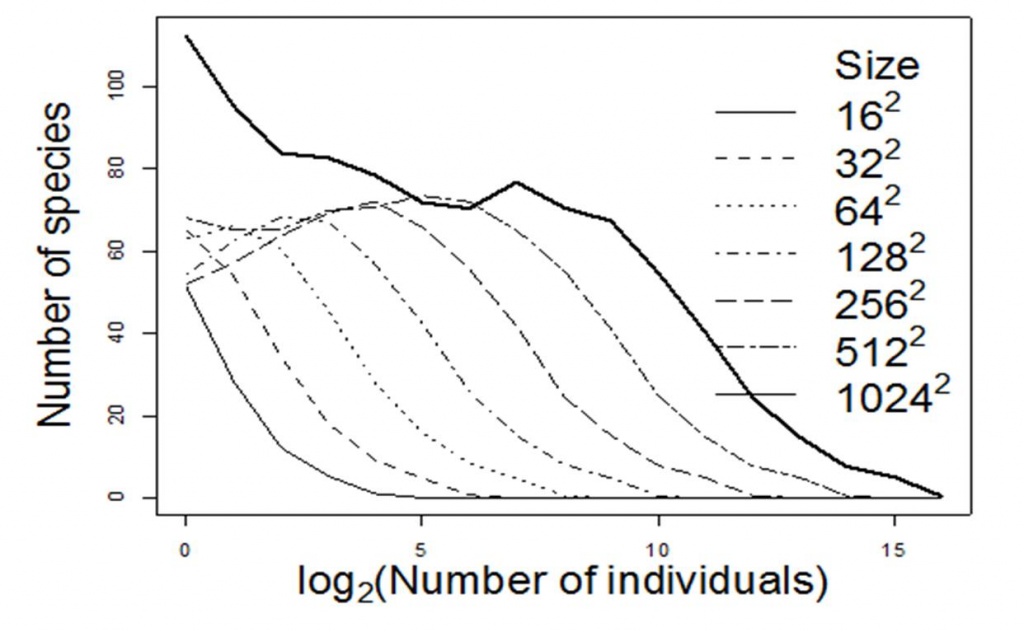 We use the species abundance distribution (SAD) to describe species relative abundance in a community. A SAD contains information on the number of species, the number of individuals (or other measure abundance) and how these are distributed among species. However, because we are interested in the description of the SADs at several scales, we need to develop methods to describe how the distributions change as function of sample size. Here, we use the moments of the distributions (hence the acronym MOMENTOS); the first moment is the average and the second relates to the variance. Although the research proposed in this project is original, it builds on theoretical and empirical research already published [3], thus its methods have already been tested and stand on firm ground. It is clear from our previous work, however, that much remains to be done, and it is the objective of this project to fill in those gaps.

We organize this project into three (scientific) tasks, each centred on a question:
1 - Which patterns do the SAD moments exhibit as a function of sample size and how can they be used to reconstruct SAD at large scales?
2 - What is the role of dispersal ability in the scaling properties of the SADs?
3 - What is the relationship between the scaling of functional diversity metrics with sample size and that of SADs?

Pragmatically, this project is important because it offers methods that enable forecasting SADs for large areas, a tool that can be applied for estimating the diversity of areas that are too large to be sampled in a practical or economical way, with obvious implications for biological conservation. Finally, this is inherently an interdisciplinary project; the methods used in Borda-de-Água et al. [3] for reconstructing SADs from their moments were originally developed in the field of image analysis and reconstruction [6], and because these techniques are permanently being improved, we will explore the most recent developments and expect to
contribute to their improvement.