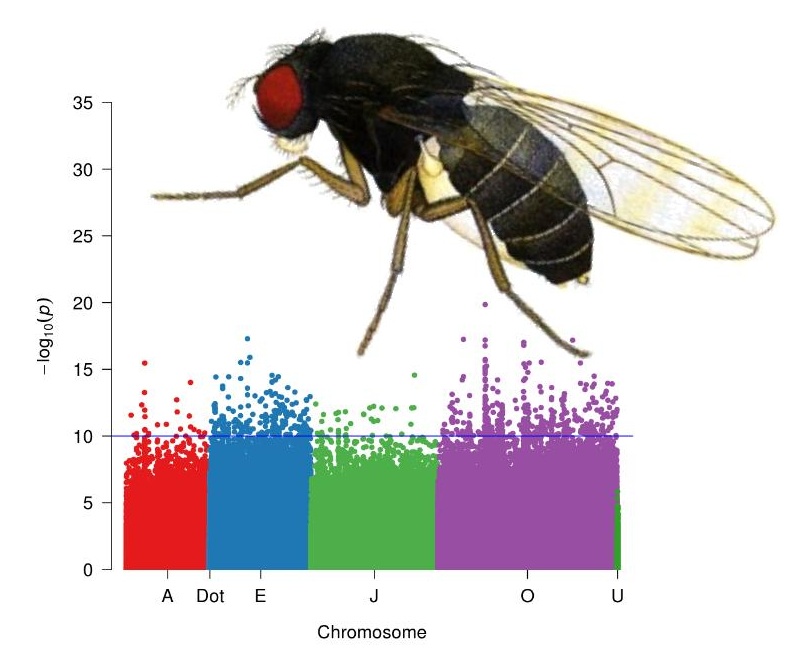 
Understanding the major factors that affect local adaptation is essential for both evolutionary and conservation biology. The potential of populations to adapt to environmental change depends on standing genetic variation, which in turn is affected by population size and previous evolutionary history. Understanding the genetic basis of the adaptive process requires answering such questions as: How fast does a population genetically respond to an environmental change? What is the genetic basis of evolution in a novel environment?  Is adaptation repeatable? How much is the evolution of fitness-related traits associated with genomic structure?  The joint use of experimental evolution and genome-wide next-generation re-sequencing analysis allows strong-inference answers to these questions.

Latitudinal clines are the product of natural selection and gene flow patterns over a large geographical scale, with repeatable patterns observed in nature at different geographical locations. Drosophila subobscura presents clear latitudinal clines for both chromosomal inversions and body size, clines which have evolved independently in Europe as well as recently in North and South America. Furthermore temporal changes in these clines are now occurring in response to global warming. Too little is known about the actual targets of selection along these clines.

Our team has been using experimental evolution to study local adaptation in D. subobscura. Specifically we have been studying laboratory adaptation, using the lab as just another environment to which populations adapt, finding both convergent evolution and evolutionary contingencies between populations. In a previous project we analyzed the evolutionary dynamics of populations derived from contrasting latitudes in Europe, one Northern (Groningen, Netherlands) and one southern (Adraga, Portugal). The project covered a wide array of traits, both of life-histories, behavior, thermotolerance, starvation resistance, gene arrangements and molecular markers. The rationale behind our approach is that, by analyzing the evolutionary trajectories of panoply of traits, as well as inversions, we may uncover possible mechanisms involved in convergent evolution. This in turn may give insights about how these populations initially diverged and the role of history, chance, and selection during the adaptive process, a recurrent issue in evolutionary biology. To this point, we have found that these populations are remarkably different at the starting generations in the laboratory. Our results so far further suggest phenotypic convergence during laboratory adaptation, and clear changes of frequencies of gene arrangements, between different foundations.

Here we enlarge considerably the power of the previous study by performing genome-wide next-generation re-sequencing analysis both at foundation and at several points of time covering the first 50 generations of adaptation of our populations to the novel, common environment of our laboratory. Moreover we extend the characterization of temporal changes of inversions and life-history traits during laboratory adaptation. The combination of genome-wide resequencing with inversion cytology will allow us to identify, which genes are associated with specific inversions, thus uncovering the genetic mechanisms that explain clinal variation in inversion frequencies.  We will also be able to answer the following questions:  How differentiated are our populations at the genome-wide level at foundation? How much do they change genetically during adaptive evolution? Do these changes involve detectable genome-wide sequence convergence? Are there common genes involved in the evolutionary changes of both foundations? Are they localized in inversions that show bigger evolutionary changes, thereby driving clinal patterns?What is the impact of genetic drift during laboratory adaptation? By answering these questions this project will connect multiple levels of the evolutionary process, from genes to populations, during adaptation.