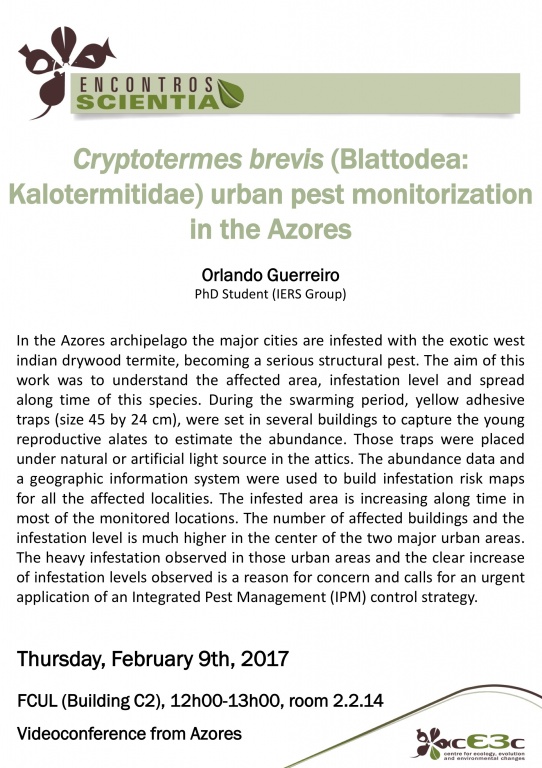 In the Azores archipelago the major cities are infested with the exotic west indian drywood termite, becoming a serious structural pest. The aim of this work was to understand the affected area, infestation level and spread along time of this species. During the swarming period, yellow adhesive traps (size 45 by 24 cm), were set in several buildings to capture the young reproductive alates to estimate the abundance. Those traps were placed under natural or artificial light source in the attics. The abundance data and a geographic information system were used to build infestation risk maps for all the affected localities. The infested area is increasing along time in most of the monitored locations. The number of affected buildings and the infestation level is much higher in the center of the two major urban areas. The heavy infestation observed in those urban areas and the clear increase of infestation levels observed is a reason for concern and calls for an urgent application of an Integrated Pest Management (IPM) control strategy.