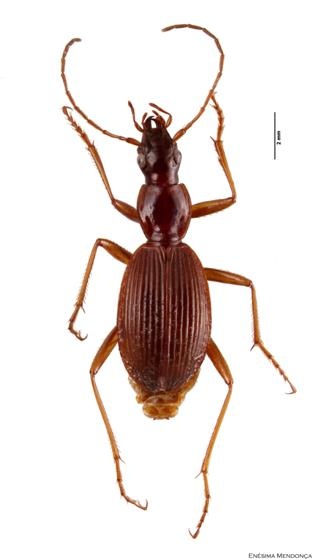 A paper published today in the journal Conservation Biology for the first time applies the IUCN Green Status of Species, a new Global Standard to measure how close a species is to being fully ecologically functional across its range, and how much it has recovered thanks to conservation action. In the paper, preliminary IUCN Green Status assessments for 181 species are presented. They range from the pink pigeon (Nesoenas mayeri), which was saved from extinction by conservation measures, to the grey wolf (Canis lupus), a species on a promising path to recovery of ecological functionality across vast areas of its past distribution – though it is currently far from its historical baseline. More than 200 authors representing 171 institutions contributed to the paper.

“Preventing the extinction of species is the ultimate goal that conservationists have traditionally pursued. But we have come to understand that true success would be to revert the decline to the point where animals, fungi and plants fulfil their ecological functions throughout their range – resulting in species that are not just surviving, but thriving,” said Dr. Jon Paul Rodríguez, Chair of the IUCN Species Survival Commission. “As the world’s first standardized method for assessing species’ potential for and progress toward such a recovery, the IUCN Green Status will help inform conservation plans and steer action to meet national and international goals for 2030 and beyond. It also provides a metric for quantifying and celebrating conservation success.”

The IUCN Green Status of Species will be integrated into the IUCN Red List of Threatened Species™, which will then provide a fuller picture of species’ conservation status including both their extinction risk and recovery progress.

The IUCN Green Status classifies species into nine Species Recovery Categories, indicating the extent to which species are depleted or recovered compared to their historical population levels. Each Green Status assessment measures the impact of past conservation on a species, a species’ dependence on continuing support, how much a species stands to gain from conservation action within the next ten years, and the potential for it to recover over the next century.

Said the paper’s lead author, Dr. Molly Grace of the University of Oxford and co-Chair of IUCN’s Green Status of Species Working Group: “The IUCN Red List tells us how close a species is to extinction, but is not intended to paint a full picture of its status and functioning within its ecosystem. With the IUCN Green Status, we now have a complementary tool that allows us to track species recovery and dramatically improve our understanding of the state of the world’s wildlife. The IUCN Green Status of Species provides evidence that conservation works, giving cause for optimism and impetus for stronger action.”

This first set of Green Status assessments also reveals that, despite being at low risk of extinction according to the IUCN Red List, some species are nonetheless depleted and unable to fulfil their roles in ecosystems. The East Asian mangrove Kandelia obovata, which is listed as Least Concern on the IUCN Red List, was assessed as Moderately Depleted (currently at 57% of its fully recovered state). Reduced by harvesting for timber before 1950, the species, which plays an important role in coastal protection, does not presently occur in numbers high enough to fulfil that function across the majority of its range. It has started to recover thanks to coordinated replanting efforts across range countries and the introduction of protected areas. This positive trend is projected to continue, contingent on sustained conservation efforts.

“The Green Status of Species introduces a new way of thinking about conservation impact by defining it in terms of progress toward species recovery,” said Dr. Barney Long of Re:wild and co-Chair of IUCN’s Green Status of Species Working Group. “As the first global framework to consider how well species function in their ecosystems, it will help to combat ‘shifting baseline syndrome’, where reduced species’ distribution and population size over time are accepted by newer generations as the norm.”

Said Dr. Elizabeth Bennett, Vice President of Species Conservation for the Wildlife Conservation Society (WCS): “The Green Status of Species provides a rigorous science-based measure of how far conservation efforts are working. It will allow conservationists, governments, and others to see over time what a particular species needs, how it can recover fully, and how much it depends on conservation action now and in the future to thrive.”

Said Dr. Richard Young, Director of Conservation Knowledge, Durrell Wildlife Conservation Trust: “Preventing extinctions is of course vital and often hard-fought, but we must aim higher so that wildlife not just survives but thrives. A key challenge is how we measure progress towards this goal. In the Green Status of Species, we now have a scientifically rigorous and practical tool for tracking and communicating a species’ journey towards full recovery.”

Said Dr. Resit Akçakaya, professor of Ecology and Evolution at Stony Brook University, who took a leading role in the scientific development of the new method: "The worsening biodiversity crisis requires effective action. The Green Status of Species is the first international standard for measuring the effectiveness of conservation actions using a science-based metric of species recovery. It will provide an objective method for planning and evaluating conservation efforts."

Said Dr. Andrew Terry, Director of Conservation and Policy at ZSL (Zoological Society London): “The IUCN Green Status of Species ushers in a new era for the recovery of wildlife worldwide. As we enter into a new decade of global conservation and climate ambition, we need the tools to help set our recovery targets and monitor our impact. The Green Status will be vital in supporting the scaling up of species recovery and will be significant for both public and private sector alike.”

IUCN is a membership Union uniquely composed of both government and civil society organisations. It provides public, private and non-governmental organisations with the knowledge and tools that enable human progress, economic development and nature conservation to take place together.

Created in 1948, IUCN is now the world’s largest and most diverse environmental network, harnessing the knowledge, resources and reach of more than 1,400 Member organisations and some 18,000 experts. It is a leading provider of conservation data, assessments and analysis. Its broad membership enables IUCN to fill the role of incubator and trusted repository of best practices, tools and international standards.

IUCN provides a neutral space in which diverse stakeholders including governments, NGOs, scientists, businesses, local communities, indigenous peoples organisations and others can work together to forge and implement solutions to environmental challenges and achieve sustainable development.

Working with many partners and supporters, IUCN implements a large and diverse portfolio of conservation projects worldwide. Combining the latest science with the traditional knowledge of local communities, these projects work to reverse habitat loss, restore ecosystems and improve people’s well-being.

With nearly 10,000 members in 174 countries, the Species Survival Commission (SSC) is the largest of the six expert commissions of IUCN and enables IUCN to influence, encourage and assist societies to conserve biodiversity by building knowledge on the status and threats to species, providing advice, developing policies and guidelines, facilitating conservation planning, and catalysing conservation action. Learn more.

Re:wild protects and restores the wild. We have a singular and powerful focus: the wild as the most effective solution to the interconnected climate, biodiversity and pandemic crises. Founded by a group of renowned conservation scientists together with Leonardo DiCaprio, Re:wild is a force multiplier that brings together Indigenous peoples, local communities, influential leaders, nongovernmental organizations, governments, companies and the public to protect and rewild at the scale and speed we need. Re:wild launched in 2021 combining more than three decades of conservation impact by Leonardo DiCaprio and Global Wildlife Conservation, leveraging expertise, partnerships and platforms to bring new attention, energy and voices together. Our vital work has protected and conserved over 12 million acres benefitting more than 16,000 species in the world’s most irreplaceable places for biodiversity. We don’t need to reinvent the planet. We just need to rewild it—for all wildkind. Learn more at rewild.org.

The University of Oxford
Oxford University has been placed number one in the Times Higher Education World University Rankings for the fifth year running, and at the heart of this success is our ground-breaking research and innovation. Oxford is world-famous for research excellence and home to some of the most talented people from across the globe. Our work helps the lives of millions, solving real-world problems through a huge network of partnerships and collaborations. The breadth and interdisciplinary nature of our research sparks imaginative and inventive insights and solutions.

Durrell Wildlife Conservation Trust is an international charity working to save species from extinction. Headquartered at Jersey Zoo in the Channel Islands, Durrell’s vision is for a wilder, healthier, more colourful world. Established by author and conservationist, Gerald Durrell, in 1959, Durrell’s overall aim is for more diverse, beautiful and resilient natural landscapes in which species can thrive and people can enjoy a deeper connection with nature. Their approach concentrates on the rewilding of animals, the rewilding of ecosystems and the rewilding of people. www.durrell.org

Stony Brook University, widely regarded as a SUNY flagship, is going far beyond the expectations of today’s public universities. With more than 27,000 students, 2,800 faculty members, more than 200,000 alumni, an academic medical center and 18 NCAA Division I athletic programs, it is one of only four University Center campuses in the State University of New York (SUNY) system. The University embraces its mission to provide comprehensive undergraduate, graduate, and professional education of the highest quality, and has been ranked among the top 35 public universities in the nation by U.S. News & World Report. Fostering a commitment to academic research and intellectual endeavors, Stony Brook’s membership in the Association of American Universities (AAU) places it among the top 65 research institutions in North America. The University’s distinguished faculty have earned esteemed awards such as the Nobel Prize, Pulitzer Prize, Indianapolis Prize for animal conservation, Abel Prize and the inaugural Breakthrough Prize in Mathematics. Part of the management team of Brookhaven National Laboratory of the U.S. Department of Energy, Stony Brook is one of only eight universities that has a role in running a national laboratory. Providing economic growth for neighboring communities and the wider geographic region, the University totals an impressive $7.23 billion in increased economic output on Long Island. Follow us on Facebook (https://www.facebook.com/stonybrooku) and Twitter (@stonybrooku).

MISSION: WCS saves wildlife and wild places worldwide through science, conservation action, education, and inspiring people to value nature. To achieve our mission, WCS, based at the Bronx Zoo, harnesses the power of its Global Conservation Program in nearly 60 nations and in all the world’s oceans and its five wildlife parks in New York City, visited by 4 million people annually. WCS combines its expertise in the field, zoos, and aquarium to achieve its conservation mission. Visit: newsroom.wcs.org Follow: @WCSNewsroom. For more information: 347-840-1242.

ZSL (Zoological Society of London) is an international conservation charity working to create a world where wildlife thrives. From investigating the health threats facing animals to helping people and wildlife live alongside each other, ZSL is committed to bringing wildlife back from the brink of extinction. Our work is realised through our ground-breaking science, our field conservation around the world and engaging millions of people through our two zoos, ZSL London Zoo and ZSL Whipsnade Zoo. For more information, visit www.zsl.org.