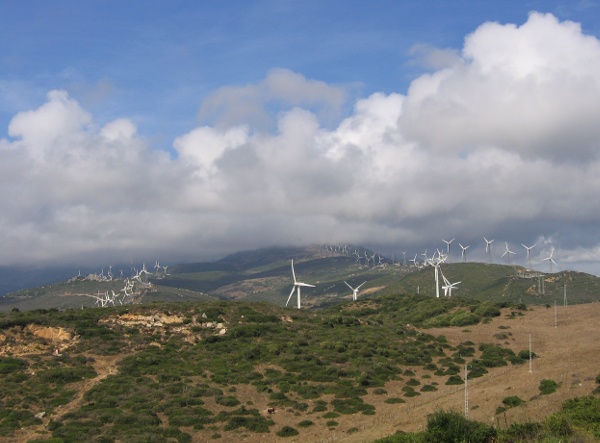 A new study, now published in the Journal of Animal Ecology, shows that the impact of wind power production on wildlife may be greater than previously acknowledged; a radius of  about 650m to 700m around each wind turbine corresponds to flight space lost for soaring birds. The authors recommend the development of new regulatory measures to reconcile wildlife conservation with wind energy production to apply in areas that are important for the migration of these birds.

Using high-precision GPS equipment to follow with detail the flight of 130 black kites (Milvus migrans) in a region populated by wind turbines in Tarifa (southern Spain), and modelling which areas would be most used by these birds taking into account wind conditions and orography, the researchers determined that wind turbines cause a significant loss of flight space.

“Our results demonstrate that there is an area with a radius of about 650m to 700m around each wind turbine that is less used than expected given its potential. This loss of habitat is particularly relevant for migratory soaring birds, which have to use areas with high wind suitability conditions during their migration flights. For these birds, even small losses of adequate fight area may have a major impact on their migratory journey”, explains Ana Teresa Marques, doctoral student at the Centre for Ecology, Evolution and Environmental Changes – cE3c, at the Faculty of Sciences of the University of Lisbon (Portugal) and CEABN InBIO, and first author of this study.

The Strait of Gibraltar is a key region for migrating birds from all over Europe. The international team of researchers developed this study in the region of Tarifa, on the Spanish side of the Strait of Gibraltar, in a study area comprising 160 turbines distributed in seven wind farms. The high resolution GPS tracking system used allowed researchers to remotely pinpoint the location of individual birds with a precision of just 1.5 meters, every minute. To identify the region’s most suitable for birds’ flight, i.e. with a high thermal and orographic uplift potential, the researchers used data on topography and wind direction and speed.

This is the first study that quantifies the proportion of habitat lost to migratory soaring birds due to the proximity of wind farms. And researchers estimate that the magnitude of the impact observed in their study will be similar in other regions of the world that are important for migratory birds and where large wind power projects are being built, such as in the Gulf of Suez, in Egypt, or the Isthmus of Tehuantepec in Mexico.