Integrating morphology and molecular, the key to understand the biodiversity and evolution of bryophytes: the example of Exormotheca pustulosa 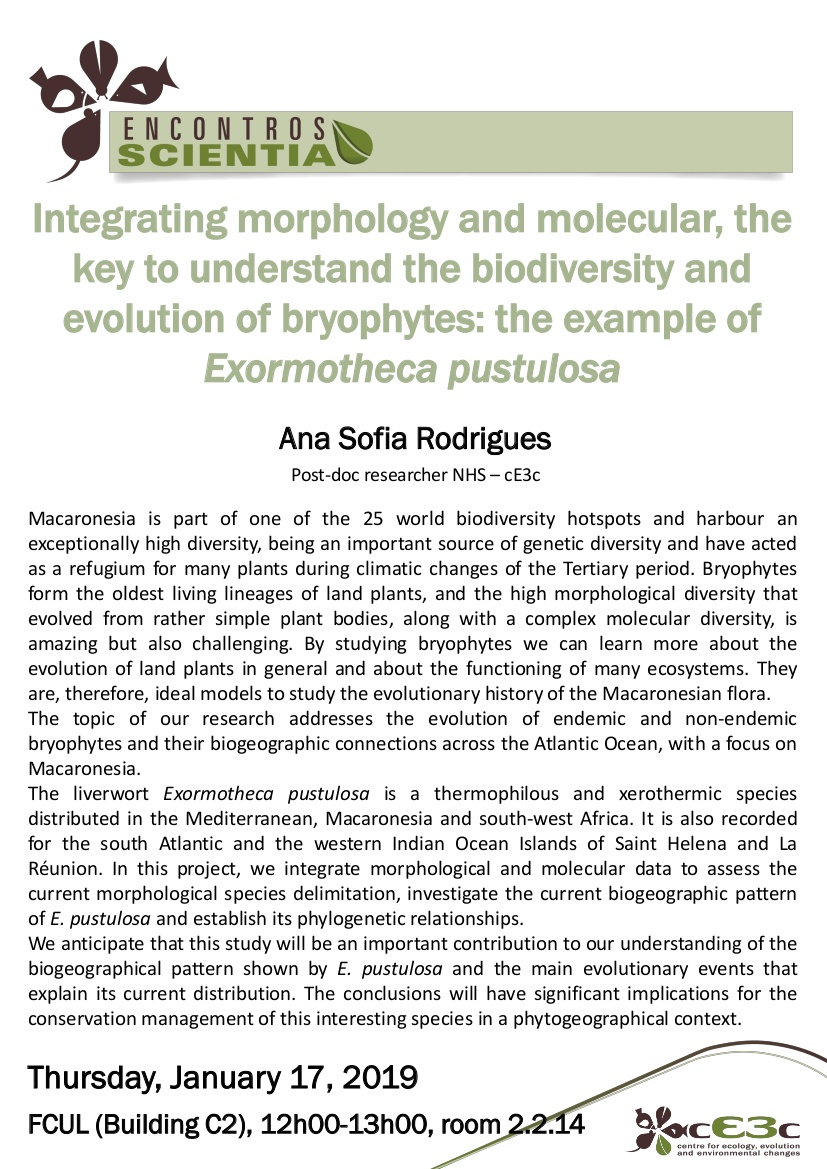 Integrating morphology and molecular, the key to understand the biodiversity and evolution of bryophytes: the example of Exormotheca pustulosa

Macaronesia is part of one of the 25 world biodiversity hotspots and harbour an exceptionally high diversity, being an important source of genetic diversity and have acted as a refugium for many plants during climatic changes of the Tertiary period. Bryophytes form the oldest living lineages of land plants, and the high morphological diversity that evolved from rather simple plant bodies, along with a complex molecular diversity, is amazing but also challenging. By studying bryophytes we can learn more about the evolution of land plants in general and about the functioning of many ecosystems. They are, therefore, ideal models to study the evolutionary history of the Macaronesian flora. The topic of our research addresses the evolution of endemic and non-endemic bryophytes and their biogeographic connections across the Atlantic Ocean, with a focus on Macaronesia.

The liverwort Exormotheca pustulosa is a thermophilous and xerothermic species distributed in the Mediterranean, Macaronesia and south-west Africa. It is also recorded for the south Atlantic and the western Indian Ocean Islands of Saint Helena and La Réunion. In this project, we integrate morphological and molecular data to assess the current morphological species delimitation, investigate the current biogeographic pattern of E. pustulosa and establish its phylogenetic relationships.

We anticipate that this study will be an important contribution to our understanding of the biogeographical pattern shown by E. pustulosa and the main evolutionary events that explain its current distribution. The conclusions will have significant implications for the conservation management of this interesting species in a phytogeographical context.