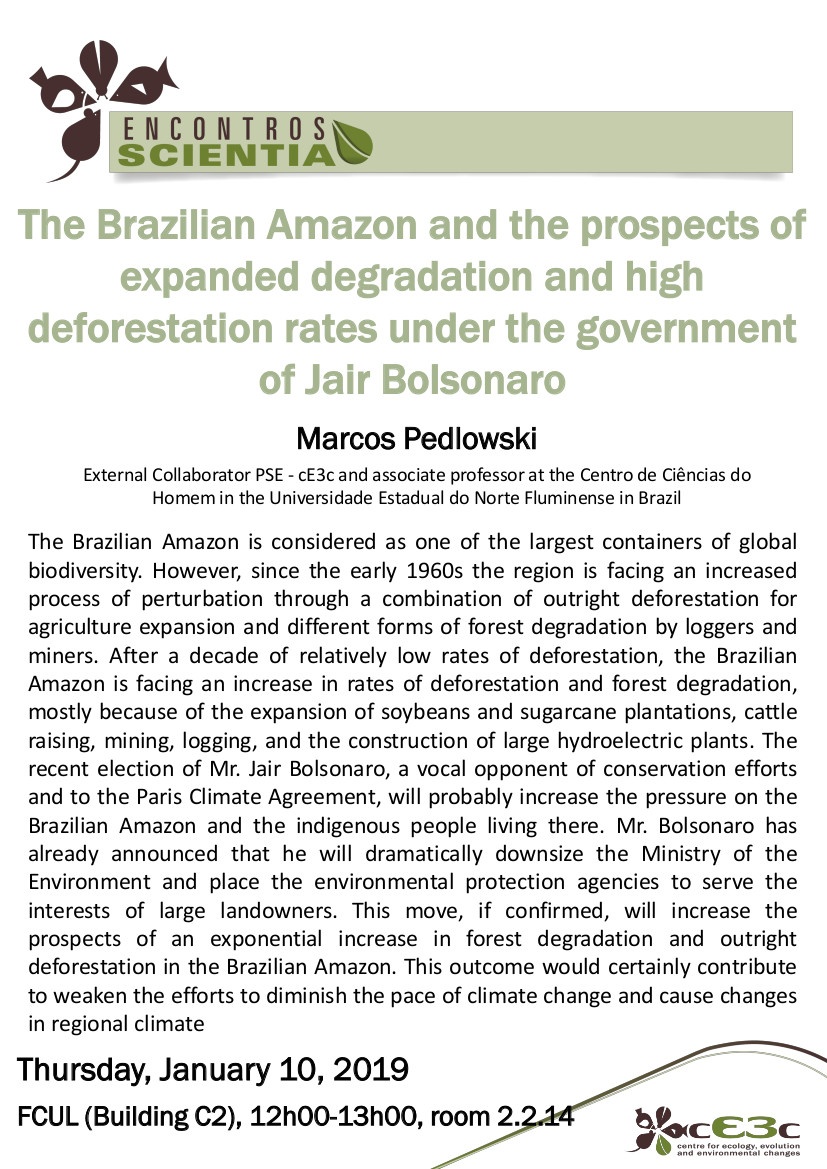 The Brazilian Amazon is considered as one of the largest containers of global biodiversity. However, since the early 1960s the region is facing an increased process of perturbation through a combination of outright deforestation for agriculture expansion and different forms of forest degradation by loggers and miners. After a decade of relatively low rates of deforestation, the Brazilian Amazon is facing an increase in rates of deforestation and forest degradation, mostly because of the expansion of soybeans and sugarcane plantations, cattle raising, mining, logging, and the construction of large hydroelectric plants. The recent election of Mr. Jair Bolsonaro, a vocal opponent of conservation efforts and to the Paris Climate Agreement, will probably increase the pressure on the Brazilian Amazon and the indigenous people living there. Mr. Bolsonaro has already announced that he will dramatically downsize the Ministry of the Environment and place the environmental protection agencies to serve the interests of large landowners. This move, if confirmed, will increase the prospects of an exponential increase in forest degradation and outright deforestation in the Brazilian Amazon. This outcome would certainly contribute to weaken the efforts to diminish the pace of climate change and cause changes in regional climate.