Tropical cashew agroecosystem in West Africa: where we at and where to go with a high-value agriculture commodity? 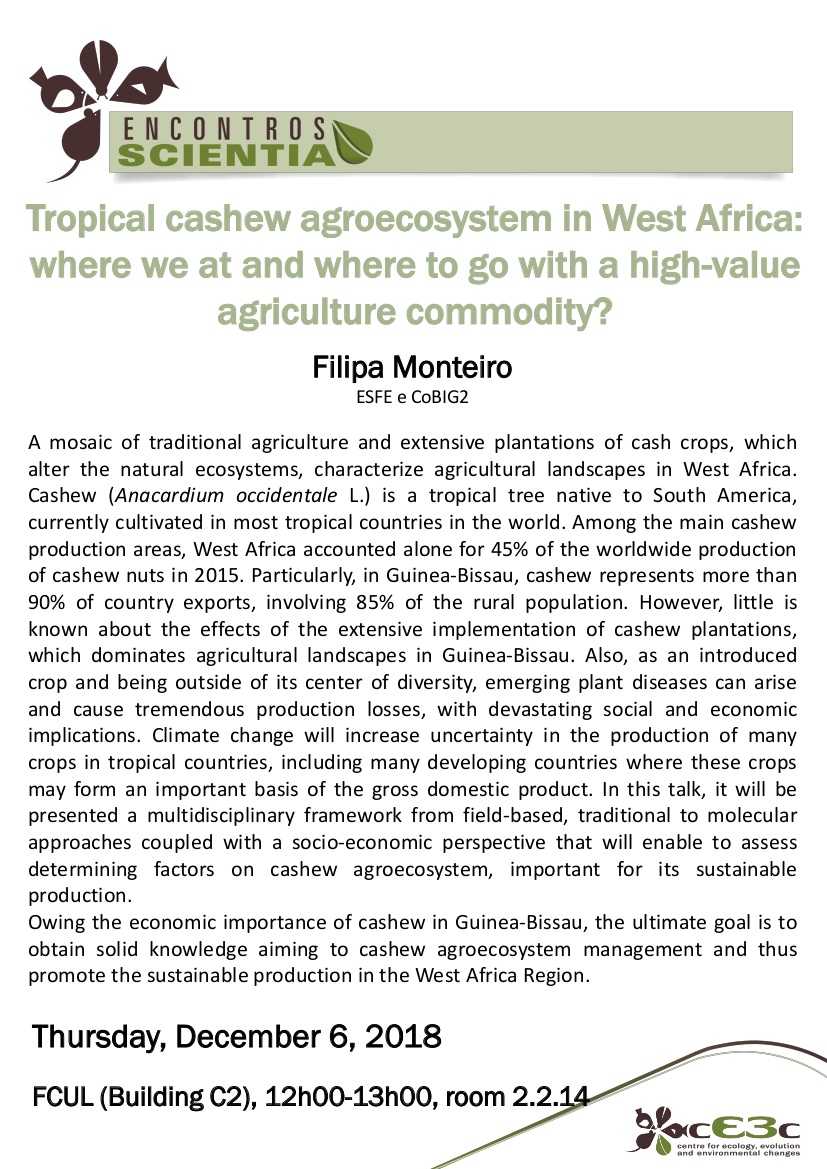 Tropical cashew agroecosystem in West Africa: where we at and where to go with a high-value agriculture commodity?

A mosaic of traditional agriculture and extensive plantations of cash crops, which alter the natural ecosystems, characterize agricultural landscapes in West Africa. Cashew (Anacardium occidentale L.) is a tropical tree native to South America, currently cultivated in most tropical countries in the world. Among the main cashew production areas, West Africa accounted alone for 45% of the worldwide production of cashew nuts in 2015. Particularly, in Guinea-Bissau, cashew represents more than 90% of country exports, involving 85% of the rural population. However, little is known about the effects of the extensive implementation of cashew plantations, which dominates agricultural landscapes in Guinea-Bissau. Also, as an introduced crop and being outside of its center of diversity, emerging plant diseases can arise and cause tremendous production losses, with devastating social and economic implications. Climate change will increase uncertainty in the production of many crops in tropical countries, including many developing countries where these crops may form an important basis of the gross domestic product. In this talk, it will be presented a multidisciplinary framework from field-based, traditional to molecular approaches coupled with a socio-economic perspective that will enable to assess determining factors on cashew agroecosystem, important for its sustainable production.

Owing the economic importance of cashew in Guinea-Bissau, the ultimate goal is to obtain solid knowledge aiming to cashew agroecosystem management and thus promote the sustainable production in the West Africa Region.