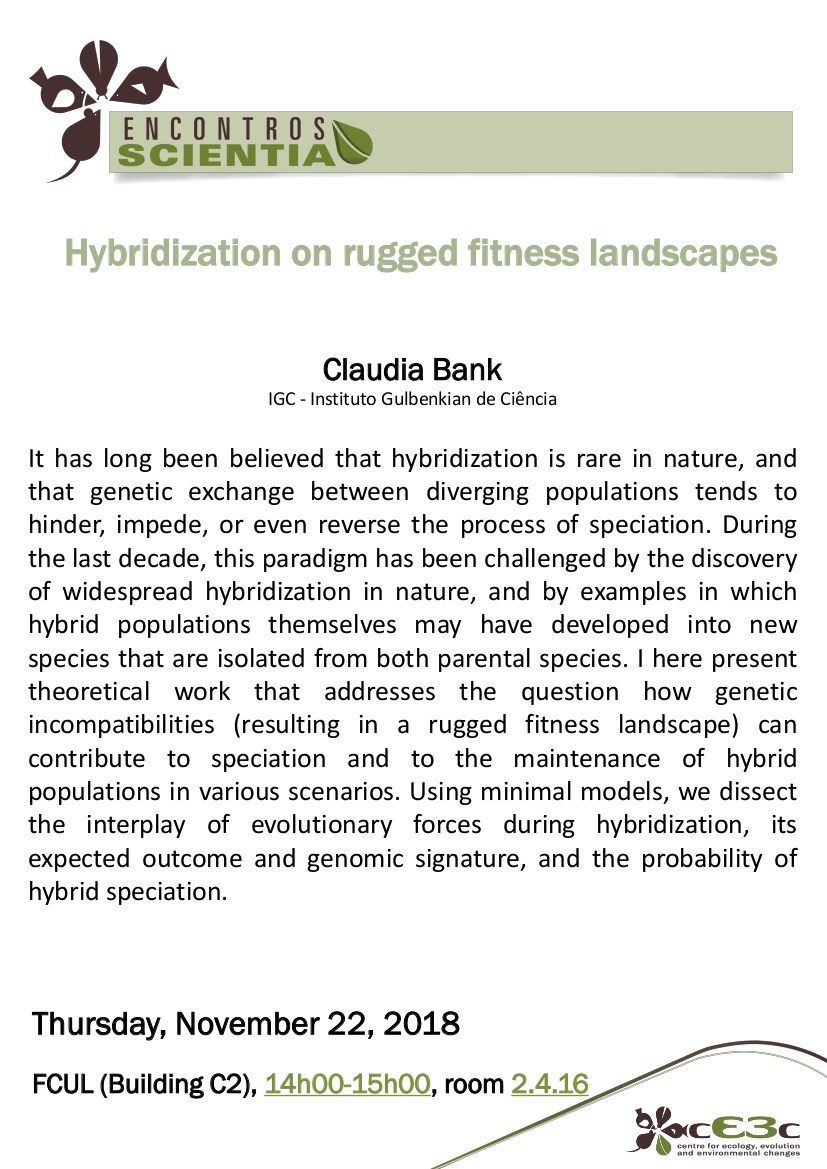 It has long been believed that hybridization is rare in nature, and that genetic exchange between diverging populations tends to hinder, impede, or even reverse the process of speciation. During the last decade, this paradigm has been challenged by the discovery of widespread hybridization in nature, and by examples in which hybrid populations themselves may have developed into new species that are isolated from both parental species. I here present theoretical work that addresses the question how genetic incompatibilities (resulting in a rugged fitness landscape) can contribute to speciation and to the maintenance of hybrid populations in various scenarios. Using minimal models, we dissect the interplay of evolutionary forces during hybridization, its expected outcome and genomic signature, and the probability of hybrid speciation.