Mechanisms of local adaptation and ecological specialization in a thermophilic cyanobacterium 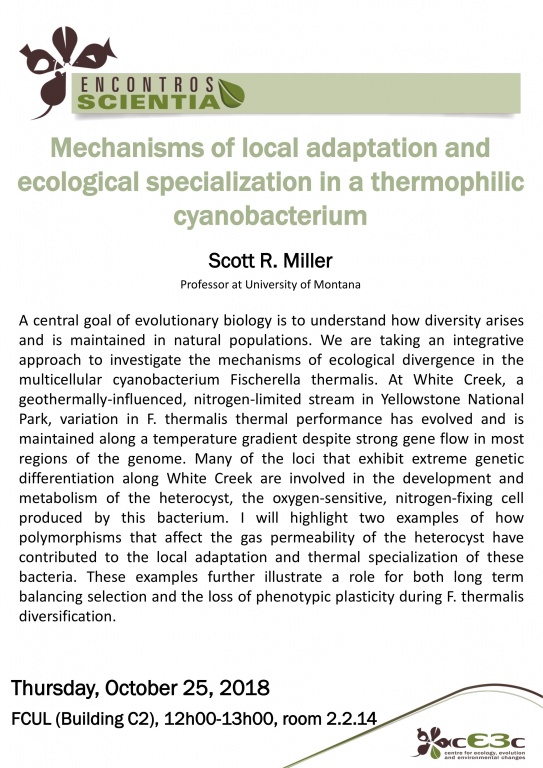 Mechanisms of local adaptation and ecological specialization in a thermophilic cyanobacterium

Professor at University of Montana, USA

A central goal of evolutionary biology is to understand how diversity arises and is maintained in natural populations. We are taking an integrative approach to investigate the mechanisms of ecological divergence in the multicellular cyanobacterium Fischerella thermalis. At White Creek, a geothermally-influenced, nitrogen-limited stream in Yellowstone National Park, variation in F. thermalis thermal performance has evolved and is maintained along a temperature gradient despite strong gene flow in most regions of the genome. Many of the loci that exhibit extreme genetic differentiation along White Creek are involved in the development and metabolism of the heterocyst, the oxygen-sensitive, nitrogen-fixing cell produced by this bacterium. I will highlight two examples of how polymorphisms that affect the gas permeability of the heterocyst have contributed to the local adaptation and thermal specialization of these bacteria. These examples further illustrate a role for both long term balancing selection and the loss of phenotypic plasticity during F. thermalis diversification.