On the role of hybridization in the evolution of dolphin species 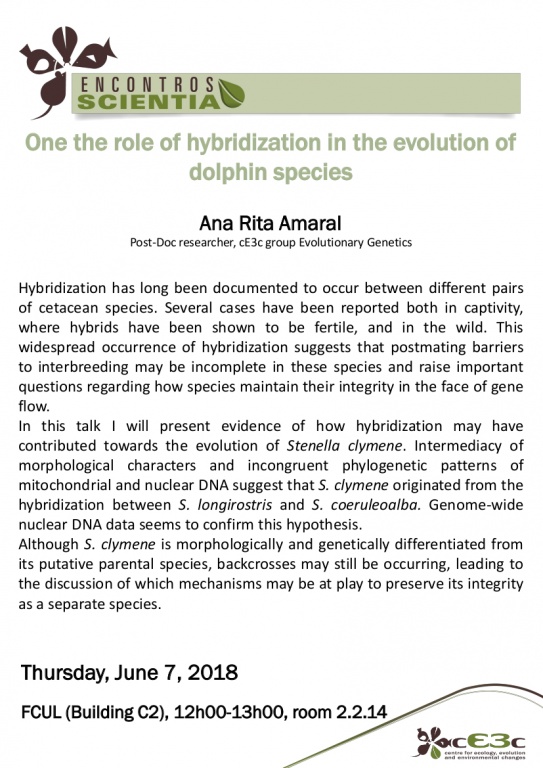 On the role of hybridization in the evolution of dolphin species

Hybridization has long been documented to occur between different pairs of cetacean species. Several cases have been reported both in captivity, where hybrids have been shown to be fertile, and in the wild. This widespread occurrence of hybridization suggests that postmating barriers to interbreeding may be incomplete in these species and raise important questions regarding how species maintain their integrity in the face of gene flow.

In this talk I will present evidence of how hybridizationmay have contributed towards the evolution of Stenella clymene. Intermediacy of morphological characters and incongruent phylogenetic patterns of mitochondrial and nuclear DNA suggest that S. clymene originated from the hybridization between S. longirostris and S. coeruleoalba. Genome-wide nuclear DNA data seems to confirm this hypothesis.

Although S. clymene is morphologically and genetically differentiated from its putative parental species, backcrosses may still be occurring, leading to the discussion of which mechanisms may be at play to preserve its integrity as a separate species.