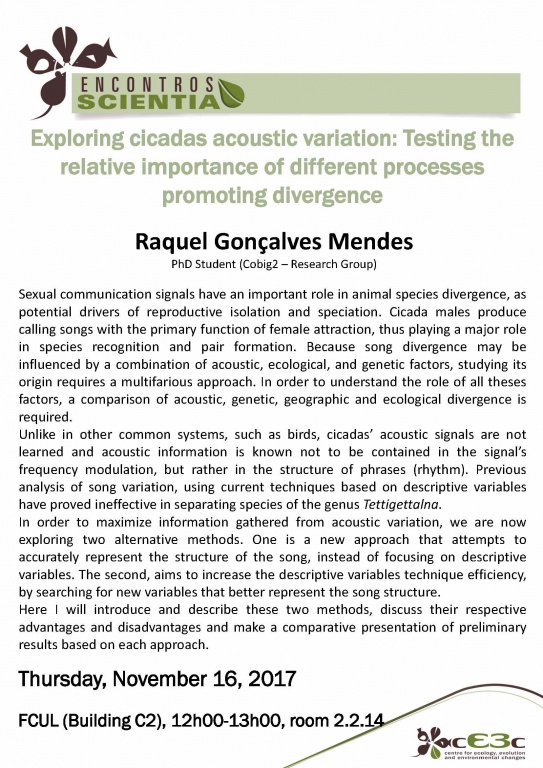 Sexual communication signals have an important role in animal species divergence, as potential drivers of reproductive isolation and speciation. Cicada males produce calling songs with the primary function of female attraction, thus playing a major role in species recognition and pair formation. Because song divergence may be influenced by a combination of acoustic, ecological, and genetic factors, studying its origin requires a multifarious approach. In order to understand the role of all theses factors, a comparison of acoustic, genetic, geographic and ecological divergence is required.

Unlike in other common systems, such as birds, cicadas’ acoustic signals are not learned and acoustic information is known not to be contained in the signal’s frequency modulation, but rather in the structure of phrases (rhythm). Previous analysis of song variation, using current techniques based on descriptive variables have proved ineffective in separating species of the genus Tettigettalna.

Here I will introduce and describe these two methods, discuss their respective advantages and disadvantages and make a comparative presentation of preliminary results based on each approach.