The genetic basis of adaptation: constrained, flexible, or somewhere in between? 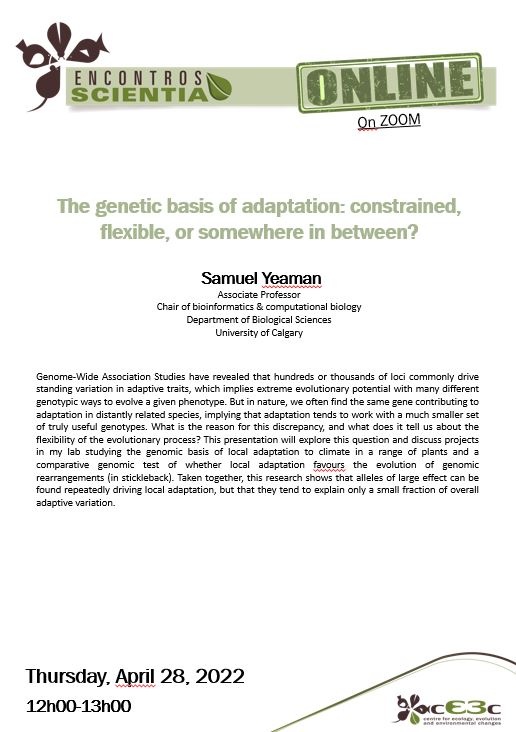 The genetic basis of adaptation: constrained, flexible, or somewhere in between?

Genome-Wide Association Studies have revealed that hundreds or thousands of loci commonly drive standing variation in adaptive traits, which implies extreme evolutionary potential with many different genotypic ways to evolve a given phenotype. But in nature, we often find the same gene contributing to adaptation in distantly related species, implying that adaptation tends to work with a much smaller set of truly useful genotypes. What is the reason for this discrepancy, and what does it tell us about the flexibility of the evolutionary process? This presentation will explore this question and discuss projects in my lab studying the genomic basis of local adaptation to climate in a range of plants and a comparative genomic test of whether local adaptation favours the evolution of genomic rearrangements (in stickleback). Taken together, this research shows that alleles of large effect can be found repeatedly driving local adaptation, but that they tend to explain only a small fraction of overall adaptive variation.