Chondrichthyan diversity in the Azores’ EEZ 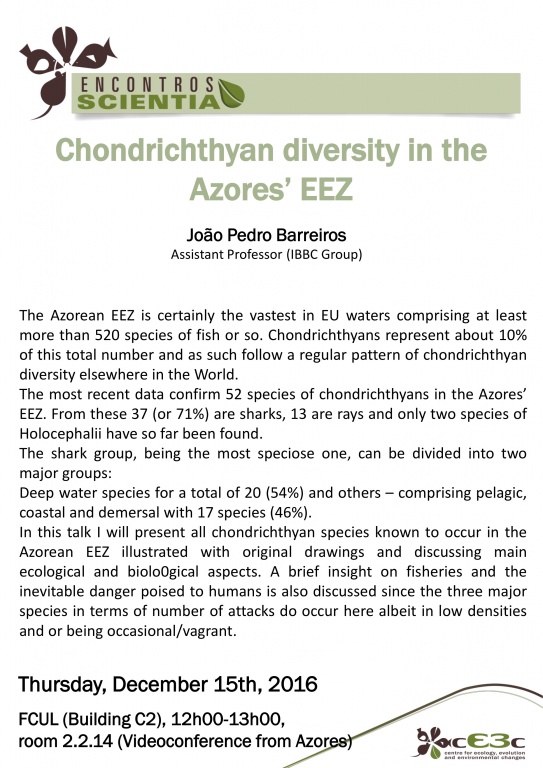 The Azorean EEZ is certainly the vastest in EU waters comprising at least more than 520 species of fish or so. Chondrichthyans represent about 10% of this total number and as such follow a regular pattern of chondrichthyan diversity elsewhere in the World.

The most recent data confirm 52 species of chondrichthyans in the Azores’ EEZ. From these 37 (or 71%) are sharks, 13 are rays and only two species of Holocephalii have so far been found.

The shark group, being the most speciose one, can be divided into two major groups: Deep water species for a total of 20 (54%) and others – comprising pelagic, coastal and demersal with 17 species (46%).

In this talk I will present all chondrichthyan species known to occur in the Azorean EEZ illustrated with original drawings and discussing main ecological and biological aspects. A brief insight on fisheries and the inevitable danger poised to humans is also discussed since the three major species in terms of number of attacks do occur here albeit in low densities and or being occasional/vagrant.