Energy, GHG, and resources use - Is the green growth enough for decoupling? 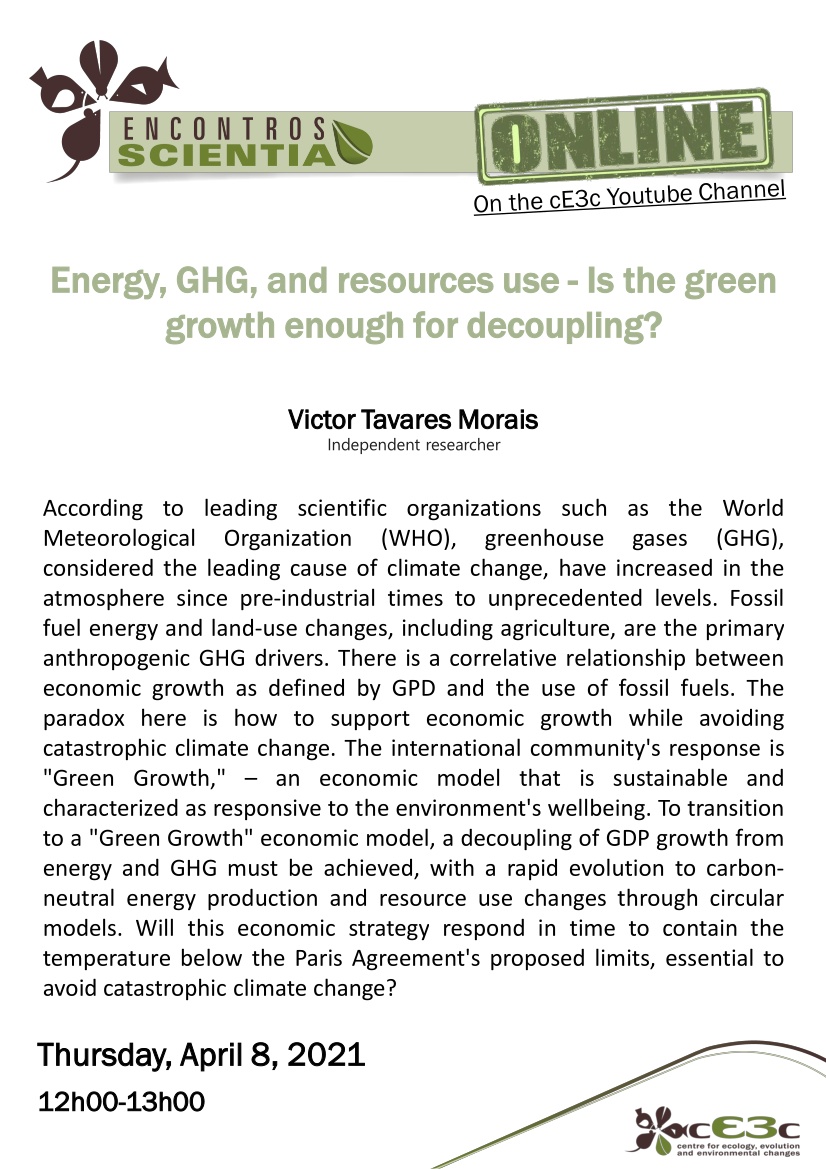 Energy, GHG, and resources use - Is the green growth enough for decoupling?

According to leading scientific organizations such as the World Meteorological Organization (WHO), greenhouse gases (GHG), considered the leading cause of climate change, have increased in the atmosphere since pre-industrial times to unprecedented levels. Fossil fuel energy and land-use changes, including agriculture, are the primary anthropogenic GHG drivers. There is a correlative relationship between economic growth as defined by GPD and the use of fossil fuels. The paradox here is how to support economic growth while avoiding catastrophic climate change. The international community's response is "Green Growth," – an economic model that is sustainable and characterized as responsive to the environment's wellbeing. To transition to a "Green Growth" economic model, a decoupling of GDP growth from energy and GHG must be achieved, with a rapid evolution to carbon-neutral energy production and resource use changes through circular models. Will this economic strategy respond in time to contain the temperature below the Paris Agreement's proposed limits, essential to avoid catastrophic climate change?