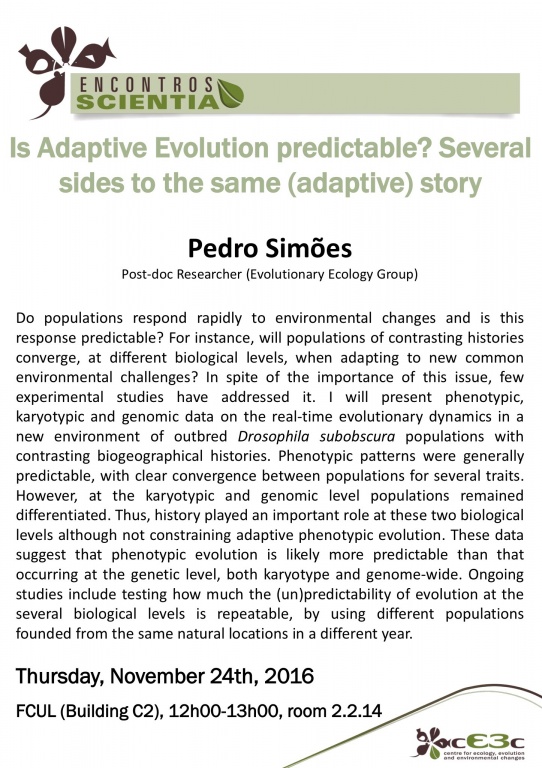 Do populations respond rapidly to environmental changes and is this response predictable? For instance, will populations of contrasting histories converge, at different biological levels, when adapting to new common environmental challenges? In spite of the importance of this issue, few experimental studies have addressed it. I will present phenotypic, karyotypic and genomic data on the real-time evolutionary dynamics in a new environment of outbred Drosophila subobscura populations with contrasting biogeographical histories. Phenotypic patterns were generally predictable, with clear convergence between populations for several traits. However, at the karyotypic and genomic level populations remained differentiated. Thus, history played an important role at these two biological levels although not constraining adaptive phenotypic evolution. These data suggest that phenotypic evolution is likely more predictable than that occurring at the genetic level, both karyotype and genome-wide. Ongoing studies include testing how much the (un)predictability of evolution at the several biological levels is repeatable, by using different populations founded from the same natural locations in a different year.