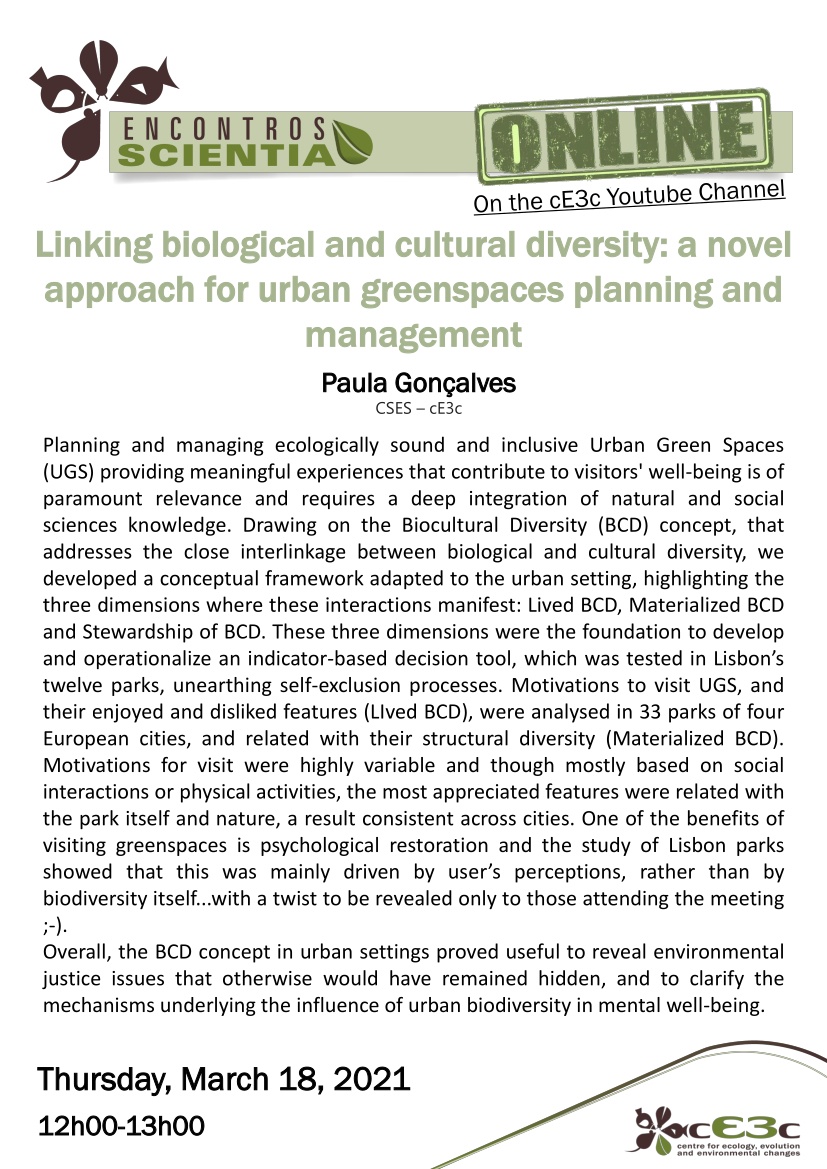 Planning and managing ecologically sound and inclusive Urban Green Spaces (UGS) providing meaningful experiences that contribute to visitors' well-being is of paramount relevance and requires a deep integration of natural and social sciences knowledge. Drawing on the Biocultural Diversity (BCD) concept, that addresses the close interlinkage between biological and cultural diversity, we developed a conceptual framework adapted to the urban setting, highlighting the three dimensions where these interactions manifest: Lived BCD, Materialized BCD and Stewardship of BCD. These three dimensions were the foundation to develop and operationalize an indicator-based decision tool, which was tested in Lisbon’s twelve parks, unearthing self-exclusion processes. Motivations to visit UGS, and their enjoyed and disliked features (LIved BCD), were analysed in 33 parks of four European cities, and related with their structural diversity (Materialized BCD). Motivations for visit were highly variable and though mostly based on social interactions or physical activities, the most appreciated features were related with the park itself and nature, a result consistent across cities. One of the benefits of visiting greenspaces is psychological restoration and the study of Lisbon parks showed that this was mainly driven by user’s perceptions, rather than by biodiversity itself...with a twist to be revealed only to those attending the meeting ;-).

Overall, the BCD concept in urban settings proved useful to reveal environmental justice issues that otherwise would have remained hidden, and to clarify the mechanisms underlying the influence of urban biodiversity in mental well-being.