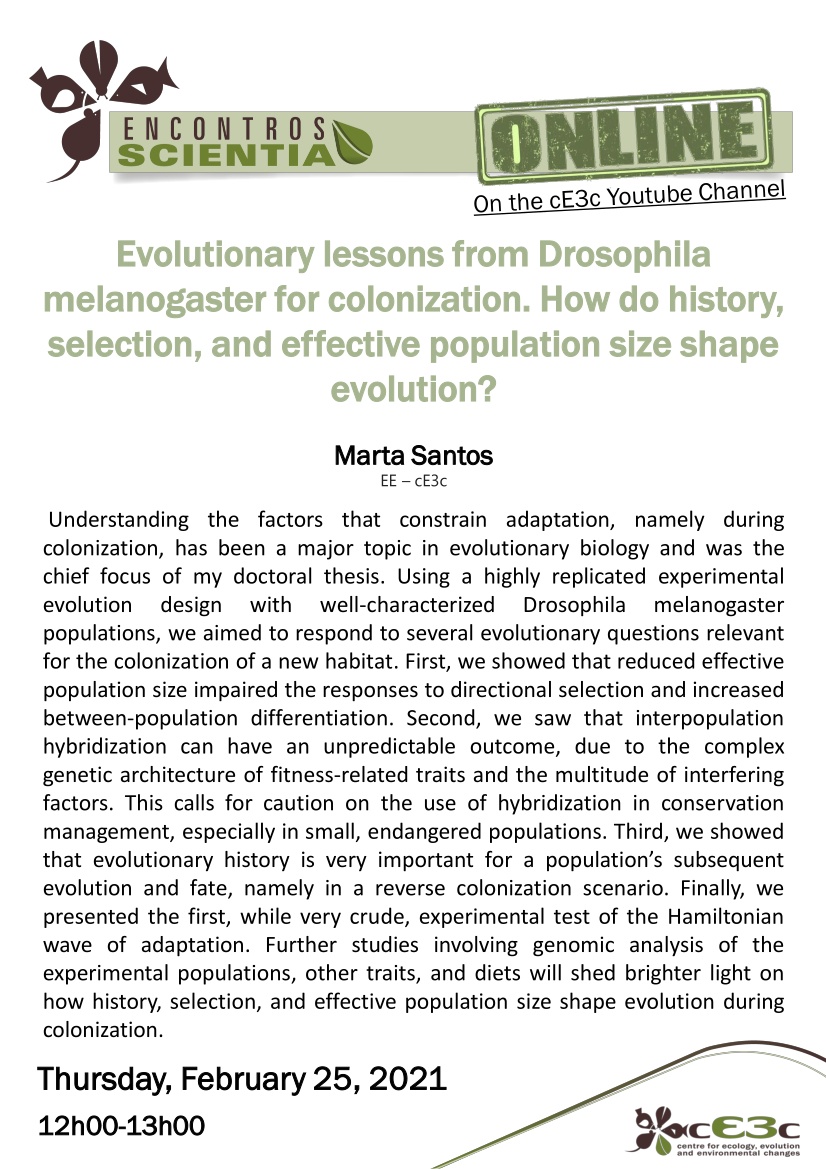 Understanding the factors that constrain adaptation, namely during colonization, has been a major topic in evolutionary biology and was the chief focus of my doctoral thesis. Using a highly replicated experimental evolution design with well-characterized Drosophila melanogaster populations, we aimed to respond to several evolutionary questions relevant for the colonization of a new habitat. First, we showed that reduced effective population size impaired the responses to directional selection and increased between-population differentiation. Second, we saw that interpopulation hybridization can have an unpredictable outcome, due to the complex genetic architecture of fitness-related traits and the multitude of interfering factors. This calls for caution on the use of hybridization in conservation management, especially in small, endangered populations. Third, we showed that evolutionary history is very important for a population’s subsequent evolution and fate, namely in a reverse colonization scenario. Finally, we presented the first, while very crude, experimental test of the Hamiltonian wave of adaptation. Further studies involving genomic analysis of the experimental populations, other traits, and diets will shed brighter light on how history, selection, and effective population size shape evolution during colonization.