The Biosphere Reserve of the Island of Porto Santo, Madeira (Portugal) 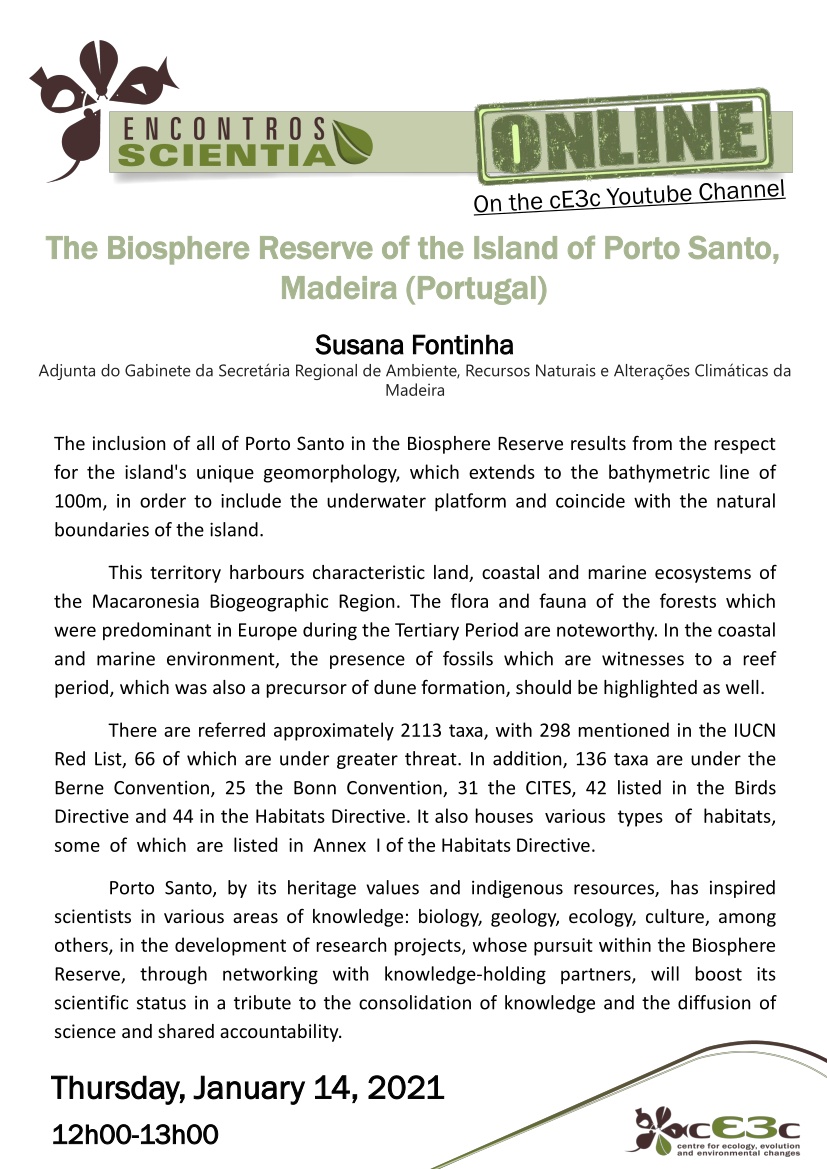 The Biosphere Reserve of the Island of Porto Santo, Madeira (Portugal)

The inclusion of all of Porto Santo in the Biosphere Reserve results from the respect for the island's unique geomorphology, which extends to the bathymetric line of 100m, in order to include the underwater platform and coincide with the natural boundaries of the island.

This territory harbours characteristic land, coastal and marine ecosystems of the Macaronesia Biogeographic Region. The flora and fauna of the forests which were predominant in Europe during the Tertiary Period are noteworthy. In the coastal and marine environment, the presence of fossils which are witnesses to a reef period, which was also a precursor of dune formation, should be highlighted as well.

Porto Santo, by its heritage values and indigenous resources, has inspired scientists in various areas of knowledge: biology, geology, ecology, culture, among others, in the development of research projects, whose pursuit within the Biosphere Reserve, through networking with knowledge-holding partners, will boost its scientific status in a tribute to the consolidation of knowledge and the diffusion of science and shared accountability.