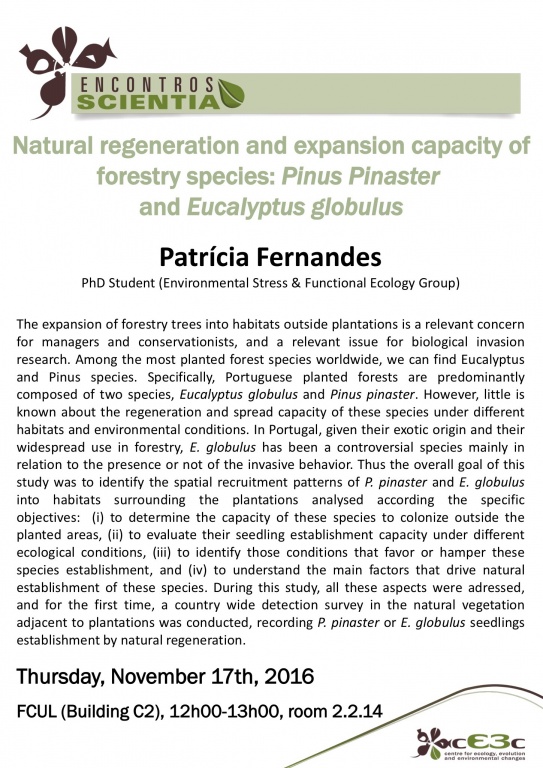 The expansion of forestry trees into habitats outside plantations is a relevant concern for managers and conservationists, and a relevant issue for biological invasion research. Among the most planted forest species worldwide, we can find Eucalyptus and Pinus species. Specifically, Portuguese planted forests are predominantly composed of two species, Eucalyptus globulus and Pinus pinaster. However, little is known about the regeneration and spread capacity of these species under different habitats and environmental conditions. In Portugal, given their exotic origin and their widespread use in forestry, E. globulus has been a controversial species mainly in relation to the presence or not of the invasive behavior. Thus the overall goal of this study was to identify the spatial recruitment patterns of P. pinaster and E. globulus into habitats surrounding the plantations analysed according the specific objectives: (i) to determine the capacity of these species to colonize outside the planted areas, (ii) to evaluate their seedling establishment capacity under different ecological conditions, (iii) to identify those conditions that favor or hamper these species establishment, and (iv) to understand the main factors that drive natural establishment of these species. During this study, all these aspects were adressed, and for the first time, a country wide detection survey in the natural vegetation adjacent to plantations was conducted, recording P. pinaster or E. globulus seedlings establishment by natural regeneration.