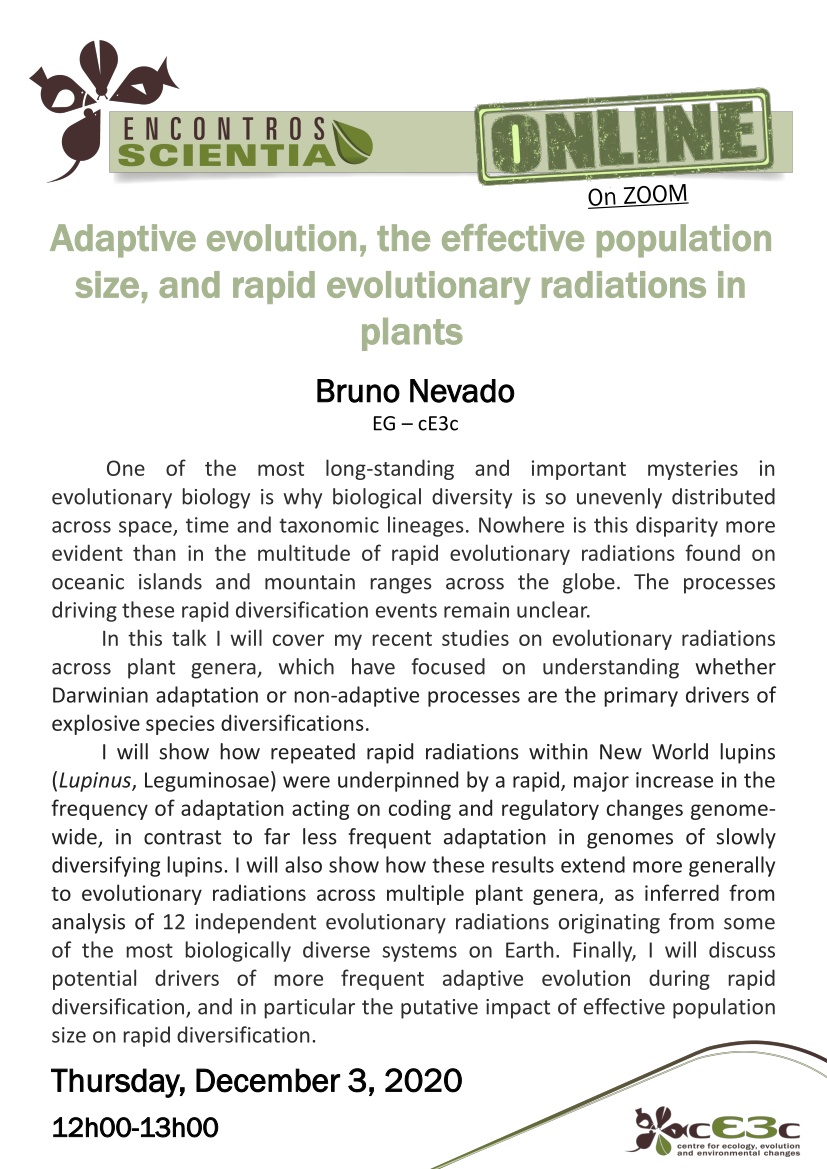 One of the most long-standing and important mysteries in evolutionary biology is why biological diversity is so unevenly distributed across space, time and taxonomic lineages. Nowhere is this disparity more evident than in the multitude of rapid evolutionary radiations found on oceanic islands and mountain ranges across the globe. The processes driving these rapid diversification events remain unclear.

In this talk I will cover my recent studies on evolutionary radiations across plant genera, which have focused on understanding whether Darwinian adaptation or non-adaptive processes are the primary drivers of explosive species diversifications.

I will show how repeated rapid radiations within New World lupins (Lupinus, Leguminosae) were underpinned by a rapid, major increase in the frequency of adaptation acting on coding and regulatory changes genome-wide, in contrast to far less frequent adaptation in genomes of slowly diversifying lupins. I will also show how these results extend more generally to evolutionary radiations across multiple plant genera, as inferred from analysis of 12 independent evolutionary radiations originating from some of the most biologically diverse systems on Earth. Finally, I will discuss potential drivers of more frequent adaptive evolution during rapid diversification, and in particular the putative impact of effective population size on rapid diversification.

On Zoom, for cE3c members.