The Rate and Landscape of Accumulating Mutations in C. elegans: Genomic and Transcriptomic Considerations 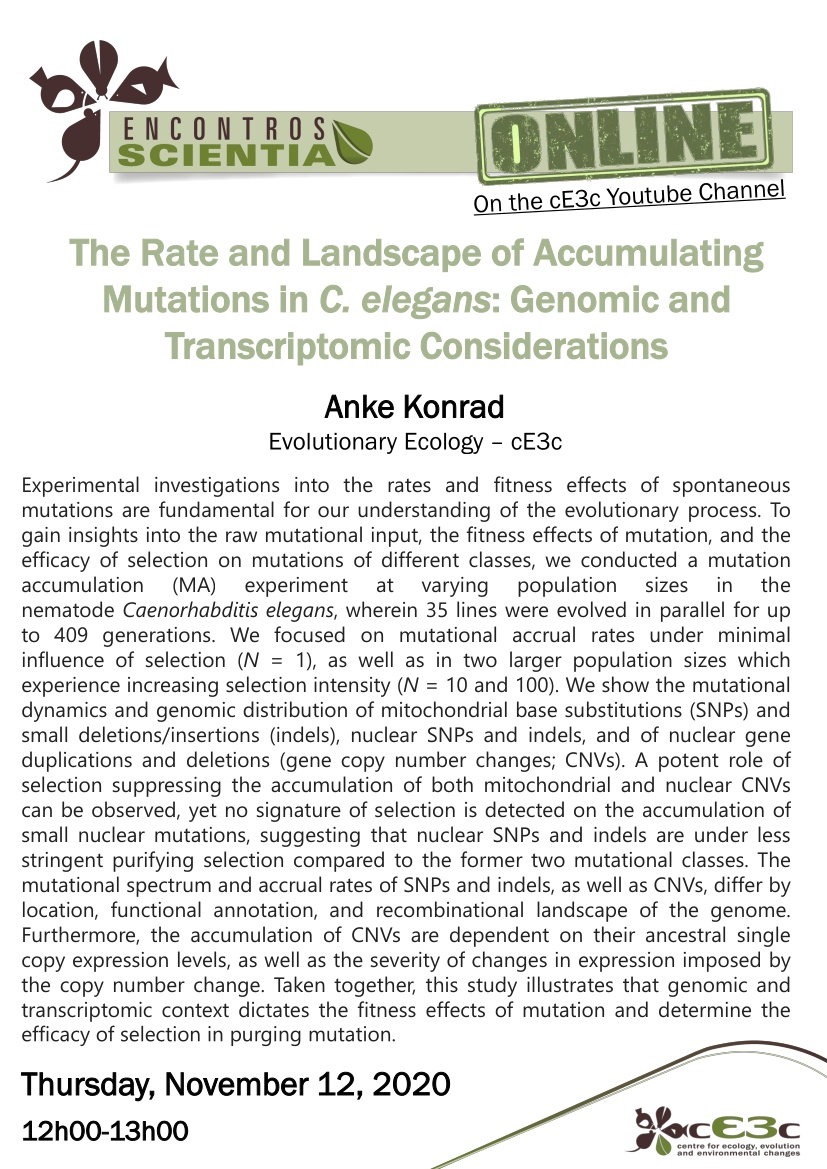 The Rate and Landscape of Accumulating Mutations in C. elegans: Genomic and Transcriptomic Considerations

Experimental investigations into the rates and fitness effects of spontaneous mutations are fundamental for our understanding of the evolutionary process. To gain insights into the raw mutational input, the fitness effects of mutation, and the efficacy of selection on mutations of different classes, we conducted a mutation accumulation (MA) experiment at varying population sizes in the nematode Caenorhabditis elegans, wherein 35 lines were evolved in parallel for up to 409 generations. We focused on mutational accrual rates under minimal influence of selection (N = 1), as well as in two larger population sizes which experience increasing selection intensity (N = 10 and 100). We show the mutational dynamics and genomic distribution of mitochondrial base substitutions (SNPs) and small deletions/insertions (indels), nuclear SNPs and indels, and of nuclear gene duplications and deletions (gene copy number changes; CNVs). A potent role of selection suppressing the accumulation of both mitochondrial and nuclear CNVs can be observed, yet no signature of selection is detected on the accumulation of small nuclear mutations, suggesting that nuclear SNPs and indels are under less stringent purifying selection compared to the former two mutational classes. The mutational spectrum and accrual rates of SNPs and indels, as well as CNVs, differ by location, functional annotation, and recombinational landscape of the genome. Furthermore, the accumulation of CNVs are dependent on their ancestral single copy expression levels, as well as the severity of changes in expression imposed by the copy number change. Taken together, this study illustrates that genomic and transcriptomic context dictates the fitness effects of mutation and determine the efficacy of selection in purging mutation.