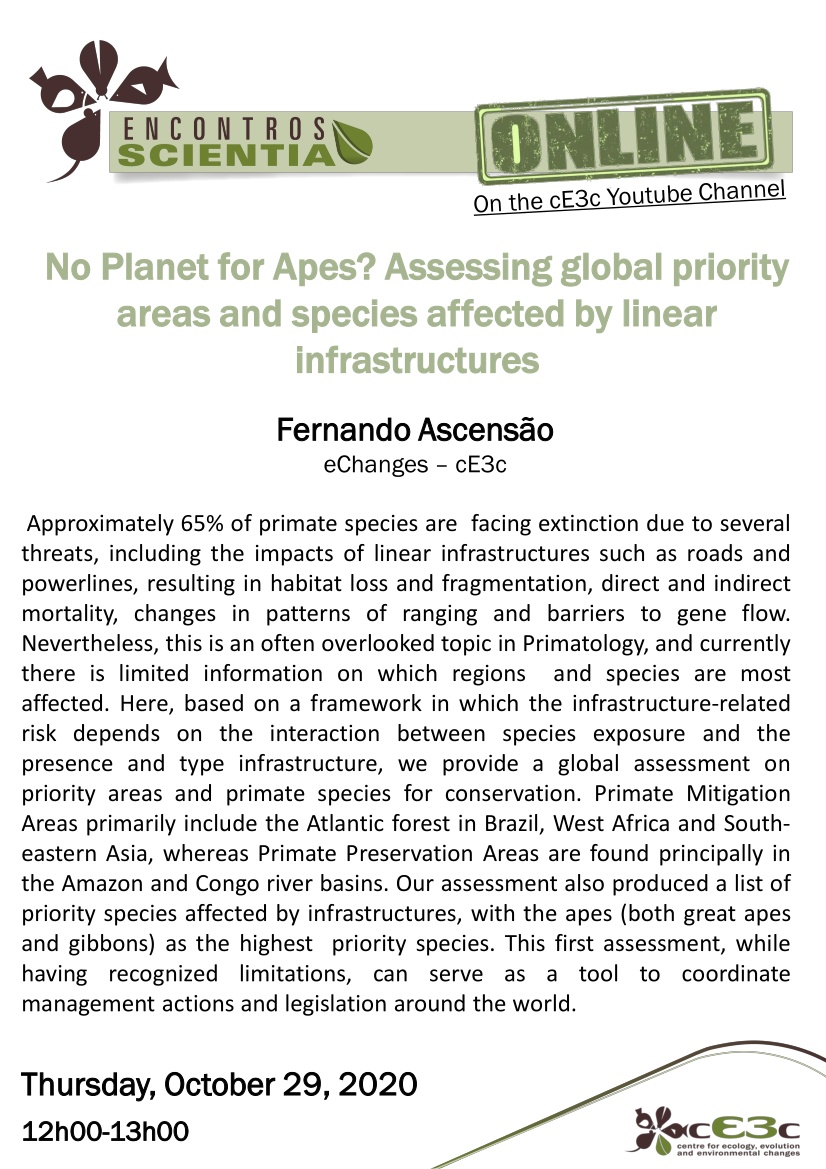 Approximately 65% of primate species are  facing extinction due to several threats, including the impacts of linear infrastructures such as roads and powerlines, resulting in habitat loss and fragmentation, direct and indirect mortality, changes in patterns of ranging and barriers to gene flow. Nevertheless, this is an often overlooked topic in Primatology, and currently there is limited information on which regions  and species are most affected. Here, based on a framework in which the infrastructure-related risk depends on the interaction between species exposure and the presence and type infrastructure, we provide a global assessment on priority areas and primate species for conservation. Primate Mitigation Areas primarily include the Atlantic forest in Brazil, West Africa and South-eastern Asia, whereas Primate Preservation Areas are found principally in the Amazon and Congo river basins. Our assessment also produced a list of priority species affected by infrastructures, with the apes (both great apes and gibbons) as the highest  priority species. This first assessment, while having recognized limitations, can serve as a tool to coordinate management actions and legislation around the world.