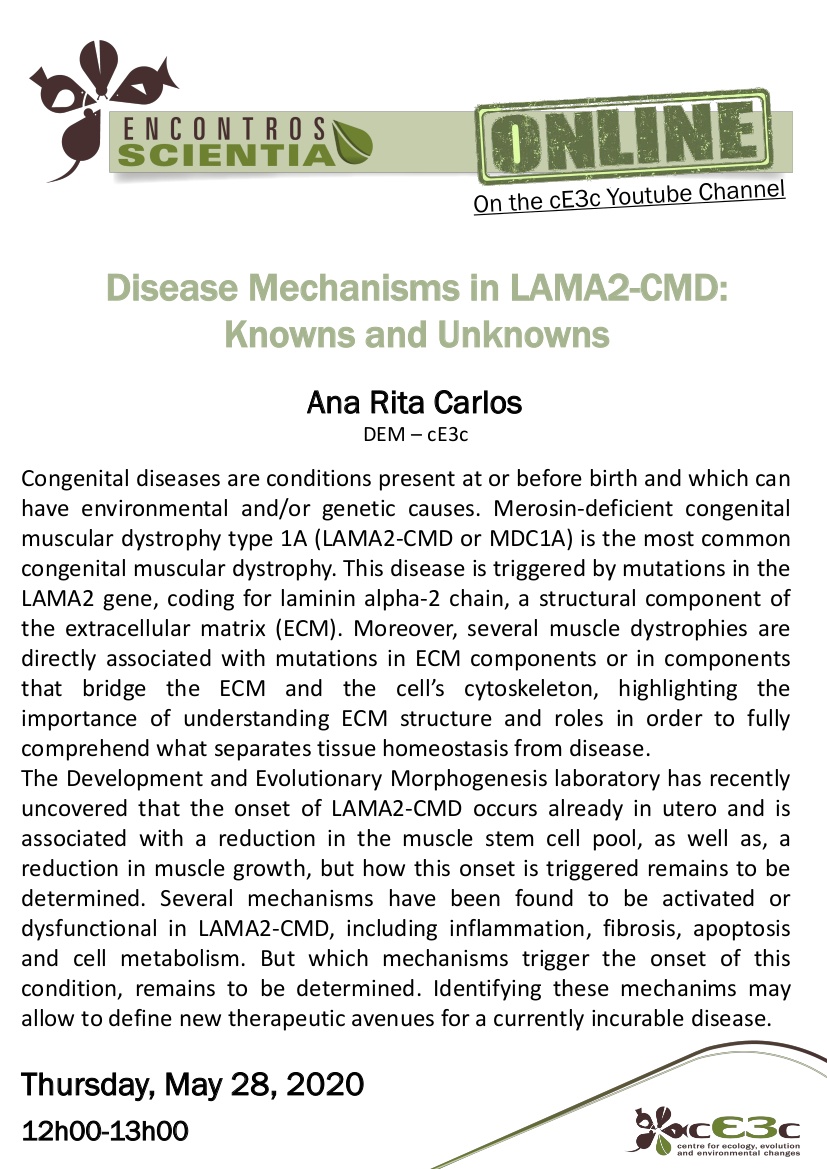 Congenital diseases are conditions present at or before birth and which can have environmental and/or genetic causes. Merosin-deficient congenital muscular dystrophy type 1A (LAMA2-CMD or MDC1A) is the most common congenital muscular dystrophy. This disease is triggered by mutations in the LAMA2 gene, coding for laminin alpha-2 chain, a structural component of the extracellular matrix (ECM). Moreover, several muscle dystrophies are directly associated with mutations in ECM components or in components that bridge the ECM and the cell’s cytoskeleton, highlighting the importance of understanding ECM structure and roles in order to fully comprehend what separates tissue homeostasis from disease.

The Development and Evolutionary Morphogenesis laboratory has recently uncovered that the onset of LAMA2-CMD occurs already in utero and is associated with a reduction in the muscle stem cell pool, as well as, a reduction in muscle growth, but how this onset is triggered remains to be determined. Several mechanisms have been found to be activated or dysfunctional in LAMA2-CMD, including inflammation, fibrosis, apoptosis and cell metabolism. But which mechanisms trigger the onset of this condition, remains to be determined. Identifying these mechanims may allow to define new therapeutic avenues for a currently incurable disease.