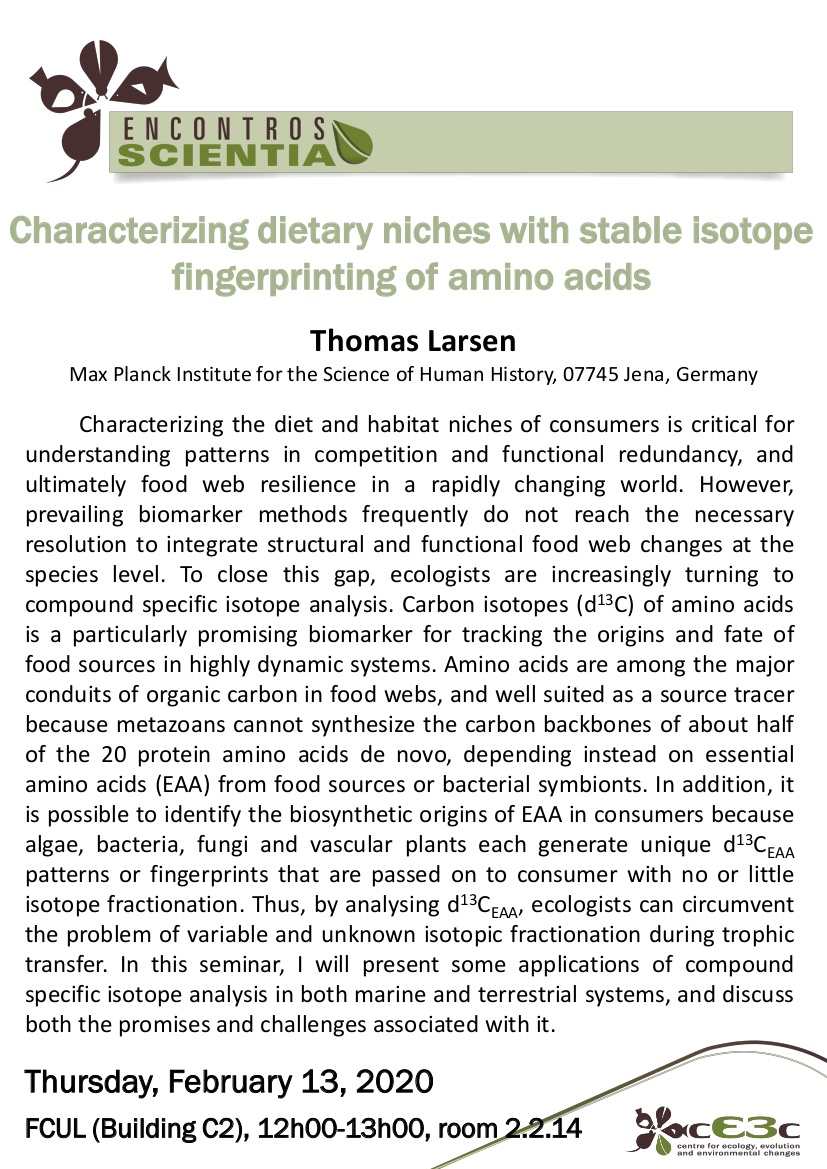 Characterizing the diet and habitat niches of consumers is critical for understanding patterns in competition and functional redundancy, and ultimately food web resilience in a rapidly changing world. However, prevailing biomarker methods frequently do not reach the necessary resolution to integrate structural and functional food web changes at the species level. To close this gap, ecologists are increasingly turning to compound specific isotope analysis. Carbon isotopes (d13C) of amino acids is a particularly promising biomarker for tracking the origins and fate of food sources in highly dynamic systems. Amino acids are among the major conduits of organic carbon in food webs, and well suited as a source tracer because metazoans cannot synthesize the carbon backbones of about half of the 20 protein amino acids de novo, depending instead on essential amino acids (EAA) from food sources or bacterial symbionts. In addition, it is possible to identify the biosynthetic origins of EAA in consumers because algae, bacteria, fungi and vascular plants each generate unique d13CEAA patterns or fingerprints that are passed on to consumer with no or little isotope fractionation. Thus, by analysing d13CEAA, ecologists can circumvent the problem of variable and unknown isotopic fractionation during trophic transfer. In this seminar, I will present some applications of compound specific isotope analysis in both marine and terrestrial systems, and discuss both the promises and challenges associated with it.