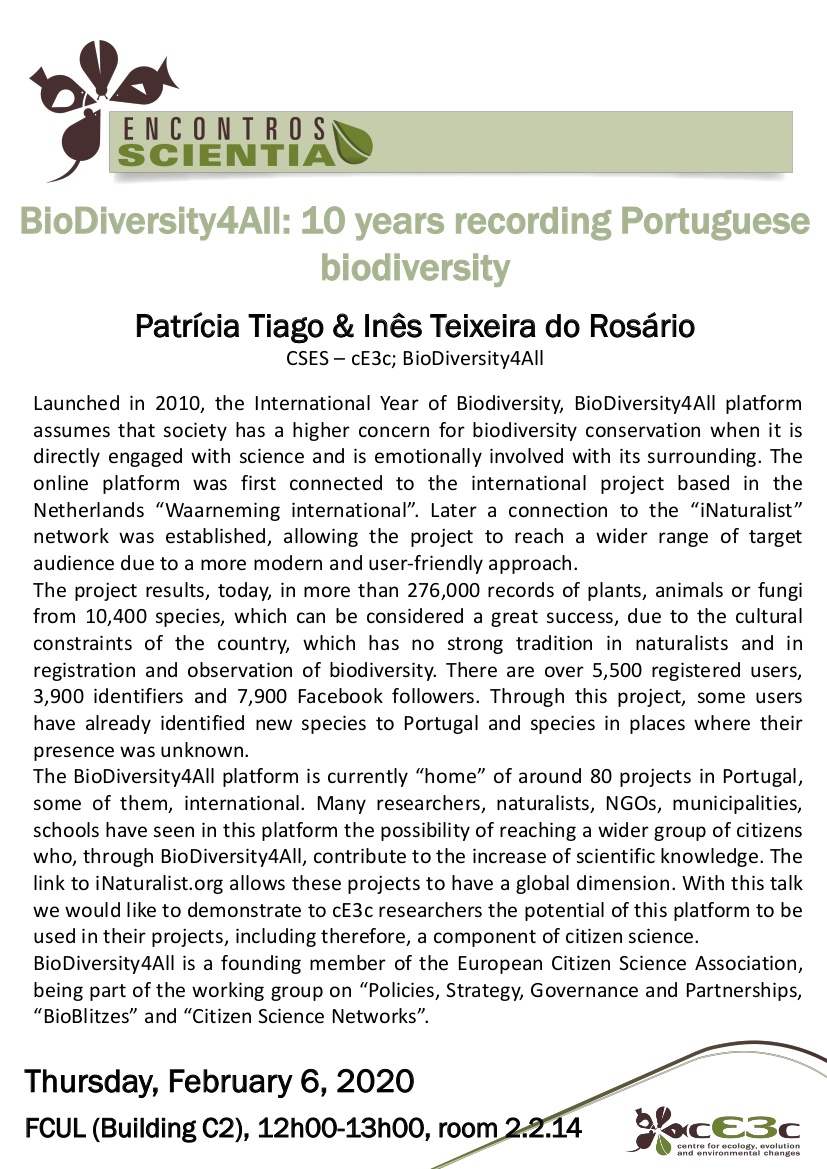 Launched in 2010, the International Year of Biodiversity, BioDiversity4All platform assumes that society has a higher concern for biodiversity conservation when it is directly engaged with science and is emotionally involved with its surrounding. The online platform was first connected to the international project based in the Netherlands “Waarneming international”. Later a connection to the “iNaturalist” network was established, allowing the project to reach a wider range of target audience due to a more modern and user-friendly approach.

The project results, today, in more than 276,000 records of plants, animals or fungi from 10,400 species, which can be considered a great success, due to the cultural constraints of the country, which has no strong tradition in naturalists and in registration and observation of biodiversity. There are over 5,500 registered users, 3,900 identifiers and 7,900 Facebook followers. Through this project, some users have already identified new species to Portugal and species in places where their presence was unknown.

The BioDiversity4All platform is currently “home” of around 80 projects in Portugal, some of them, international. Many researchers, naturalists, NGOs, municipalities, schools have seen in this platform the possibility of reaching a wider group of citizens who, through BioDiversity4All, contribute to the increase of scientific knowledge. The link to iNaturalist.org allows these projects to have a global dimension. With this talk we would like to demonstrate to cE3c researchers the potential of this platform to be used in their projects, including therefore, a component of citizen science.

BioDiversity4All is a founding member of the European Citizen Science Association, being part of the working group on “Policies, Strategy, Governance and Partnerships, “BioBlitzes” and “Citizen Science Networks”.