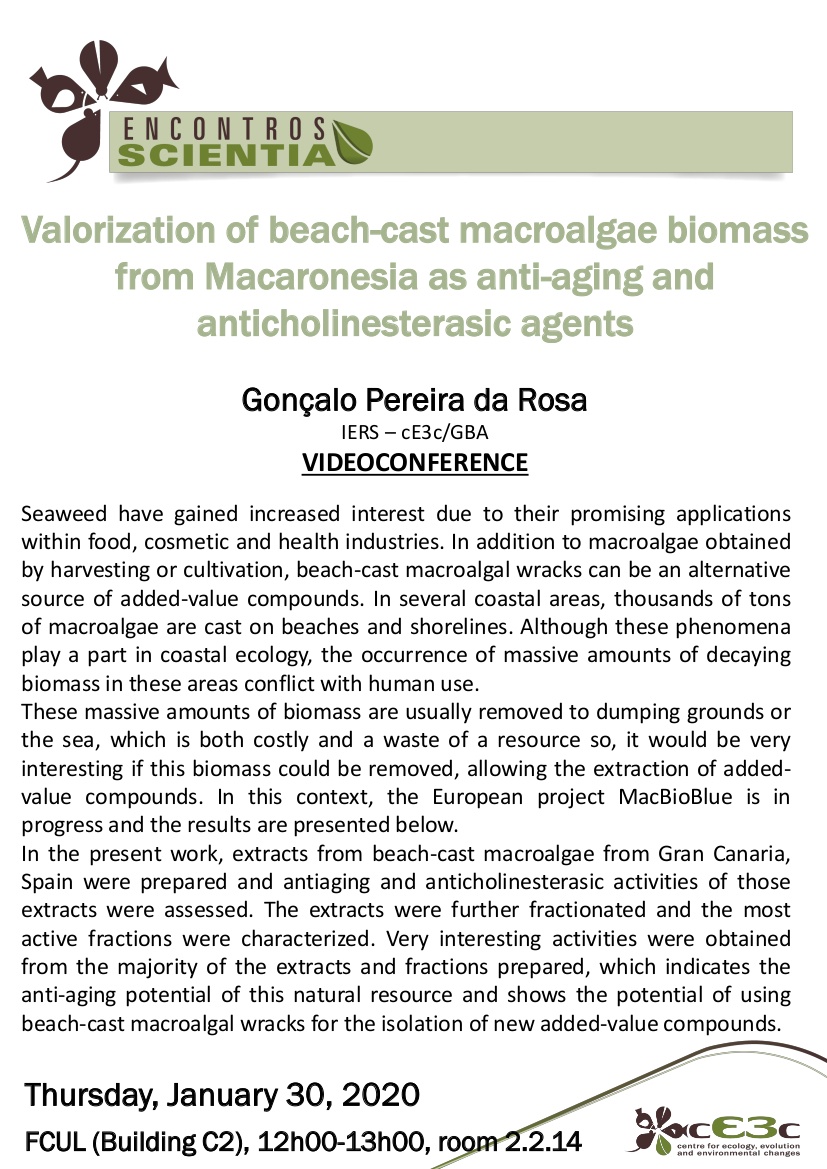 Seaweed have gained increased interest due to their promising applications within food, cosmetic and health industries. In addition to macroalgae obtained by harvesting or cultivation, beach-cast macroalgal wracks can be an alternative source of added-value compounds. In several coastal areas, thousands of tons of macroalgae are cast on beaches and shorelines. Although these phenomena play a part in coastal ecology, the occurrence of massive amounts of decaying biomass in these areas conflict with human use.

These massive amounts of biomass are usually removed to dumping grounds or the sea, which is both costly and a waste of a resource so, it would be very interesting if this biomass could be removed, allowing the extraction of added-value compounds. In this context, the European project MacBioBlue is in progress and the results are presented below.

In the present work, extracts from beach-cast macroalgae from Gran Canaria, Spain were prepared and antiaging and anticholinesterasic activities of those extracts were assessed. The extracts were further fractionated and the most active fractions were characterized. Very interesting activities were obtained from the majority of the extracts and fractions prepared, which indicates the anti-aging potential of this natural resource and shows the potential of using beach-cast macroalgal wracks for the isolation of new added-value compounds.