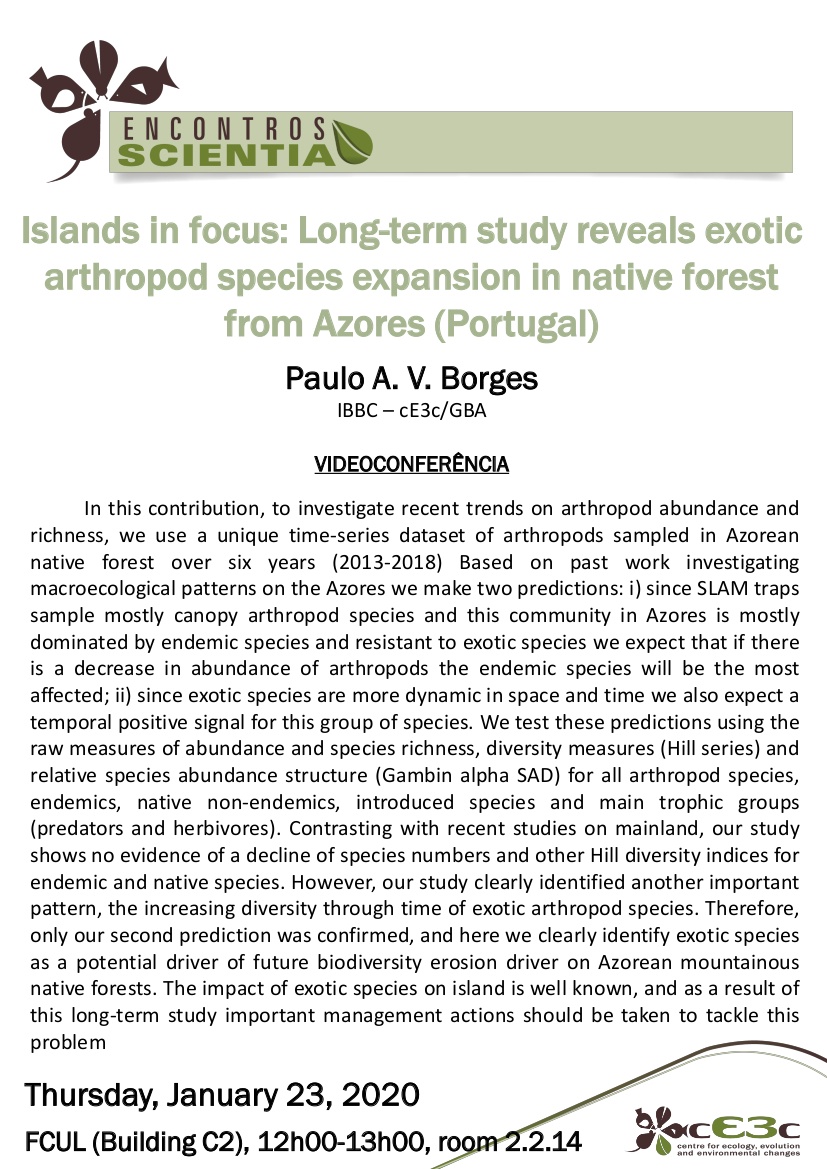 In this contribution, to investigate recent trends on arthropod abundance and richness, we use a unique time-series dataset of arthropods sampled in Azorean native forest over six years (2013-2018) Based on past work investigating macroecological patterns on the Azores we make two predictions: i) since SLAM traps sample mostly canopy arthropod species and this community in Azores is mostly dominated by endemic species and resistant to exotic species we expect that if there is a decrease in abundance of arthropods the endemic species will be the most affected; ii) since exotic species are more dynamic in space and time we also expect a temporal positive signal for this group of species. We test these predictions using the raw measures of abundance and species richness, diversity measures (Hill series) and relative species abundance structure (Gambin alpha SAD) for all arthropod species, endemics, native non-endemics, introduced species and main trophic groups (predators and herbivores). Contrasting with recent studies on mainland, our study shows no evidence of a decline of species numbers and other Hill diversity indices for endemic and native species. However, our study clearly identified another important pattern, the increasing diversity through time of exotic arthropod species. Therefore, only our second prediction was confirmed, and here we clearly identify exotic species as a potential driver of future biodiversity erosion driver on Azorean mountainous native forests. The impact of exotic species on island is well known, and as a result of this long-term study important management actions should be taken to tackle this problem.