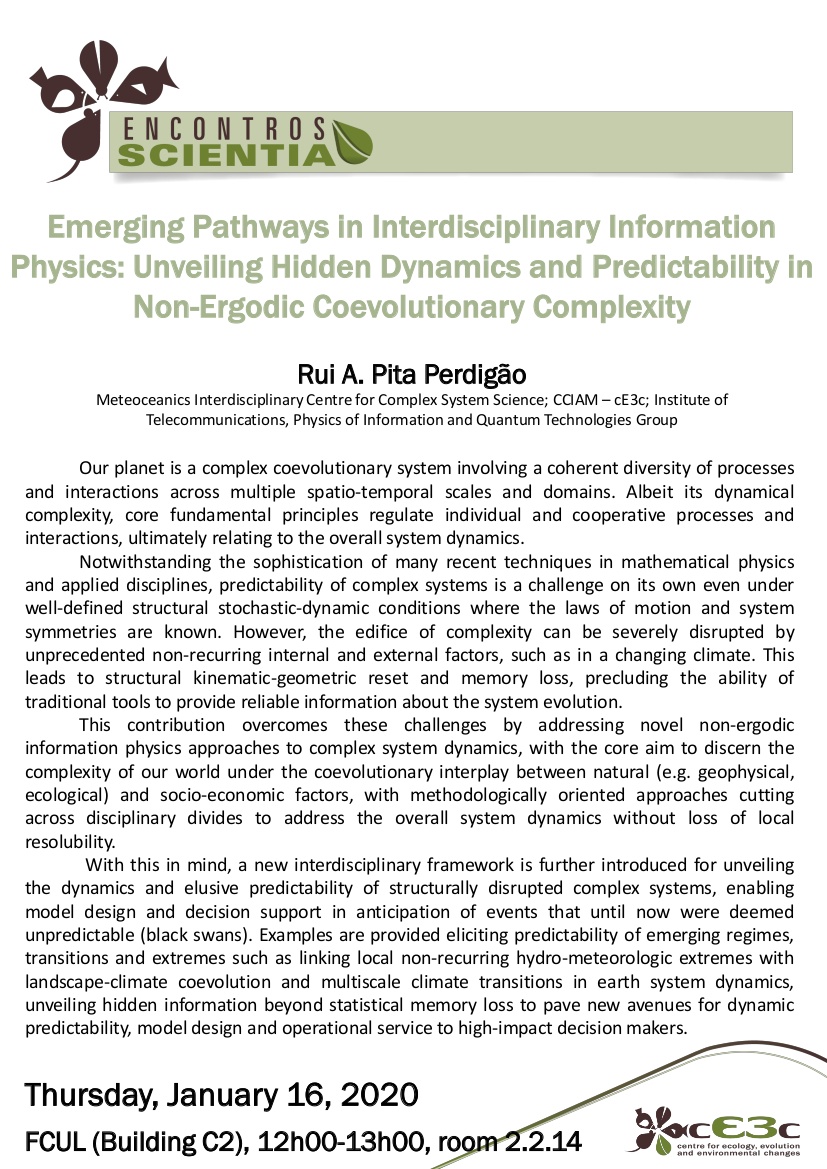 Notwithstanding the sophistication of many recent techniques in mathematical physics and applied disciplines, predictability of complex systems is a challenge on its own even under well-defined structural stochastic-dynamic conditions where the laws of motion and system symmetries are known. However, the edifice of complexity can be severely disrupted by unprecedented non-recurring internal and external factors, such as in a changing climate. This leads to structural kinematic-geometric reset and memory loss, precluding the ability of traditional tools to provide reliable information about the system evolution.

This contribution overcomes these challenges by addressing novel non-ergodic information physics approaches to complex system dynamics, with the core aim to discern the complexity of our world under the coevolutionary interplay between natural (e.g. geophysical, ecological) and socio-economic factors, with methodologically oriented approaches cutting across disciplinary divides to address the overall system dynamics without loss of local resolubility.

With this in mind, a new interdisciplinary framework is further introduced for unveiling the dynamics and elusive predictability of structurally disrupted complex systems, enabling model design and decision support in anticipation of events that until now were deemed unpredictable (black swans). Examples are provided eliciting predictability of emerging regimes, transitions and extremes such as linking local non-recurring hydro-meteorologic extremes with landscape-climate coevolution and multiscale climate transitions in earth system dynamics, unveiling hidden information beyond statistical memory loss to pave new avenues for dynamic predictability, model design and operational service to high-impact decision makers.