An evolution experiment under climate change: the early steps 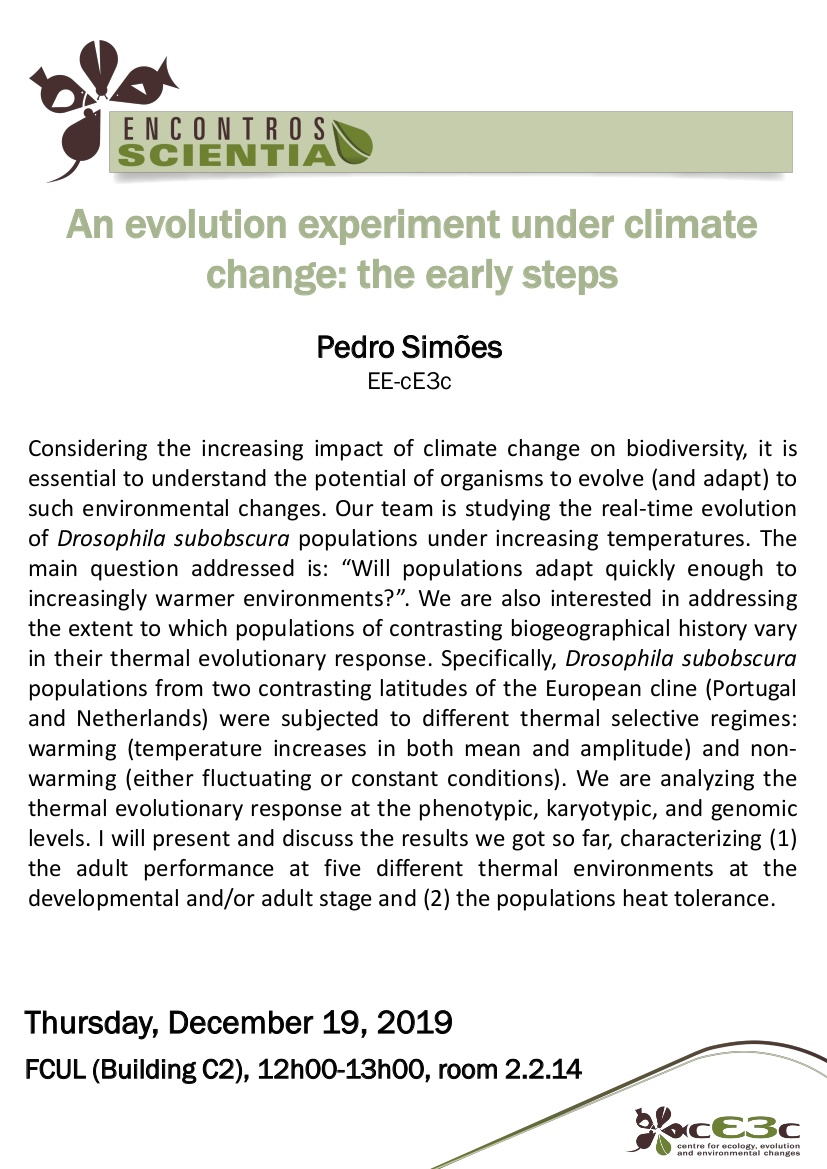 An evolution experiment under climate change: the early steps

Considering the increasing impact of climate change on biodiversity, it is essential to understand the potential of organisms to evolve (and adapt) to such environmental changes. Our team is studying the real-time evolution of Drosophila subobscura populations under increasing temperatures. The main question addressed is: “Will populations adapt quickly enough to increasingly warmer environments?”. We are also interested in addressing the extent to which populations of contrasting biogeographical history vary in their thermal evolutionary response. Specifically, Drosophila subobscura populations from two contrasting latitudes of the European cline (Portugal and Netherlands) were subjected to different thermal selective regimes: warming (temperature increases in both mean and amplitude) and non-warming (either fluctuating or constant conditions). We are analyzing the thermal evolutionary response at the phenotypic, karyotypic, and genomic levels. I will present and discuss the results we got so far, characterizing (1) the adult performance at five different thermal environments at the developmental and/or adult stage and (2) the populations heat tolerance.