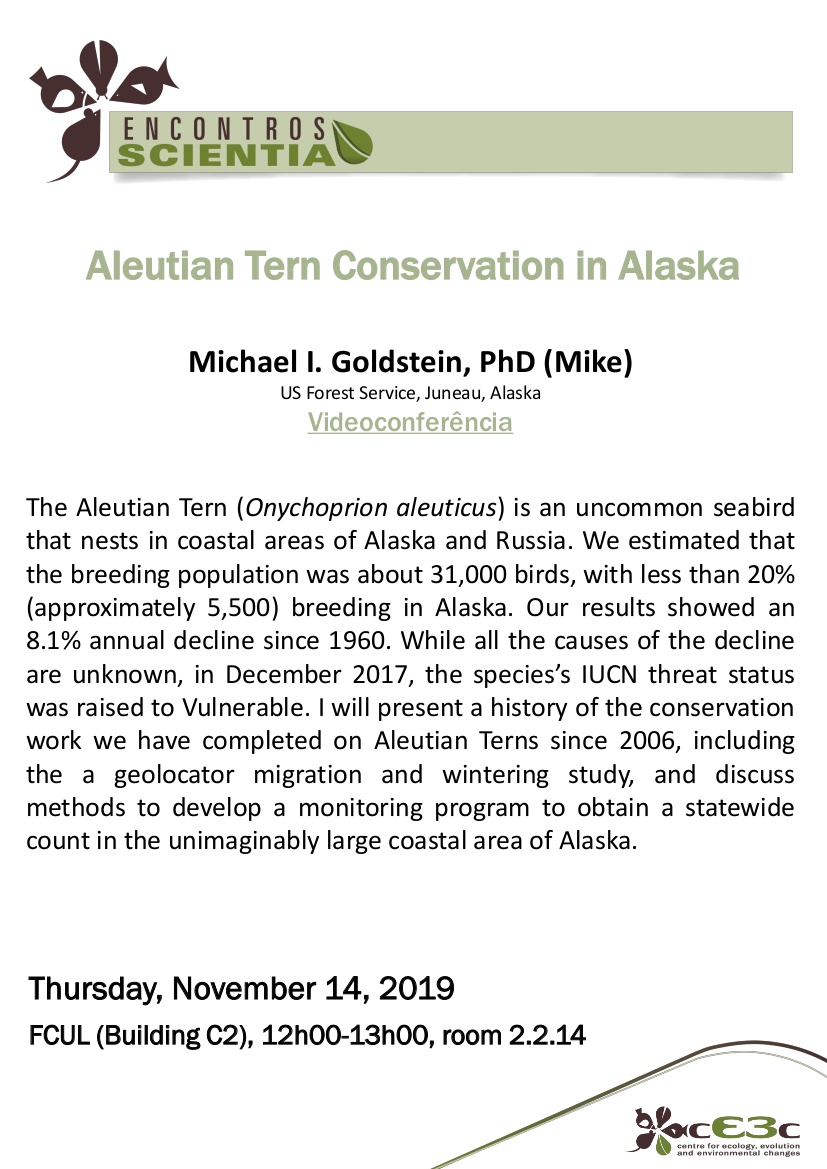 Via videoconferência a partir dos Açores

The Aleutian Tern (Onychoprion aleuticus) is an uncommon seabird that nests in coastal areas of Alaska and Russia. We estimated that the breeding population was about 31,000 birds, with less than 20% (approximately 5,500) breeding in Alaska. Our results showed an 8.1% annual decline since 1960. While all the causes of the decline are unknown, in December 2017, the species’s IUCN threat status was raised to Vulnerable. I will present a history of the conservation work we have completed on Aleutian Terns since 2006, including the a geolocator migration and wintering study, and discuss methods to develop a monitoring program to obtain a statewide count in the unimaginably large coastal area of Alaska.