Honeybee behavioural complexity: washboarding and neglected reasons to explain it 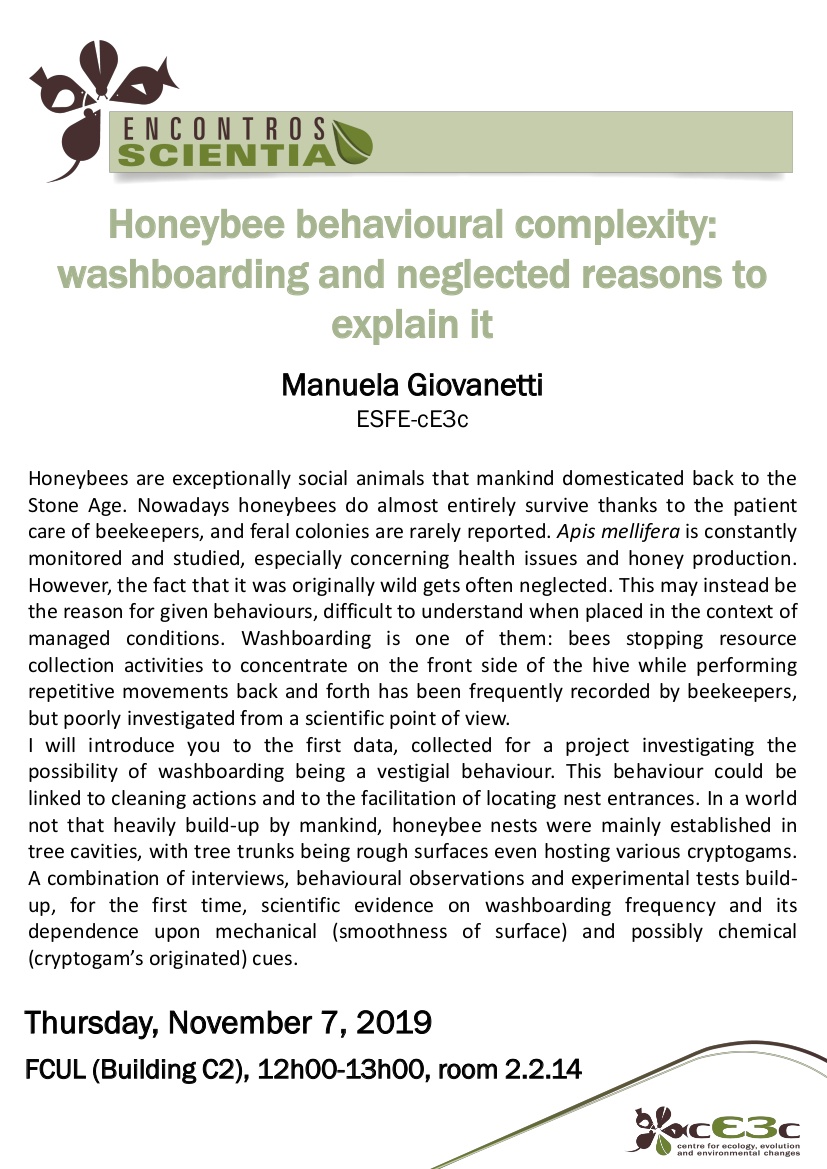 Honeybee behavioural complexity: washboarding and neglected reasons to explain it

Honeybees are exceptionally social animals that mankind domesticated back to the Stone Age. Nowadays honeybees do almost entirely survive thanks to the patient care of beekeepers, and feral colonies are rarely reported. Apis mellifera is constantly monitored and studied, especially concerning health issues and honey production. However, the fact that it was originally wild gets often neglected. This may instead be the reason for given behaviours, difficult to understand when placed in the context of managed conditions. Washboarding is one of them: bees stopping resource collection activities to concentrate on the front side of the hive while performing repetitive movements back and forth has been frequently recorded by beekeepers, but poorly investigated from a scientific point of view. I will introduce you to the first data, collected for a project investigating the possibility of washboarding being a vestigial behaviour. This behaviour could be linked to cleaning actions and to the facilitation of locating nest entrances. In a world not that heavily build-up by mankind, honeybee nests were mainly established in tree cavities, with tree trunks being rough surfaces even hosting various cryptogams. A combination of interviews, behavioural observations and experimental tests buildup, for the first time, scientific evidence on washboarding frequency and its dependence upon mechanical (smoothness of surface) and possibly chemical (cryptogam’s originated) cues.