Looking for the effects of excess nitrogen in ecosystems 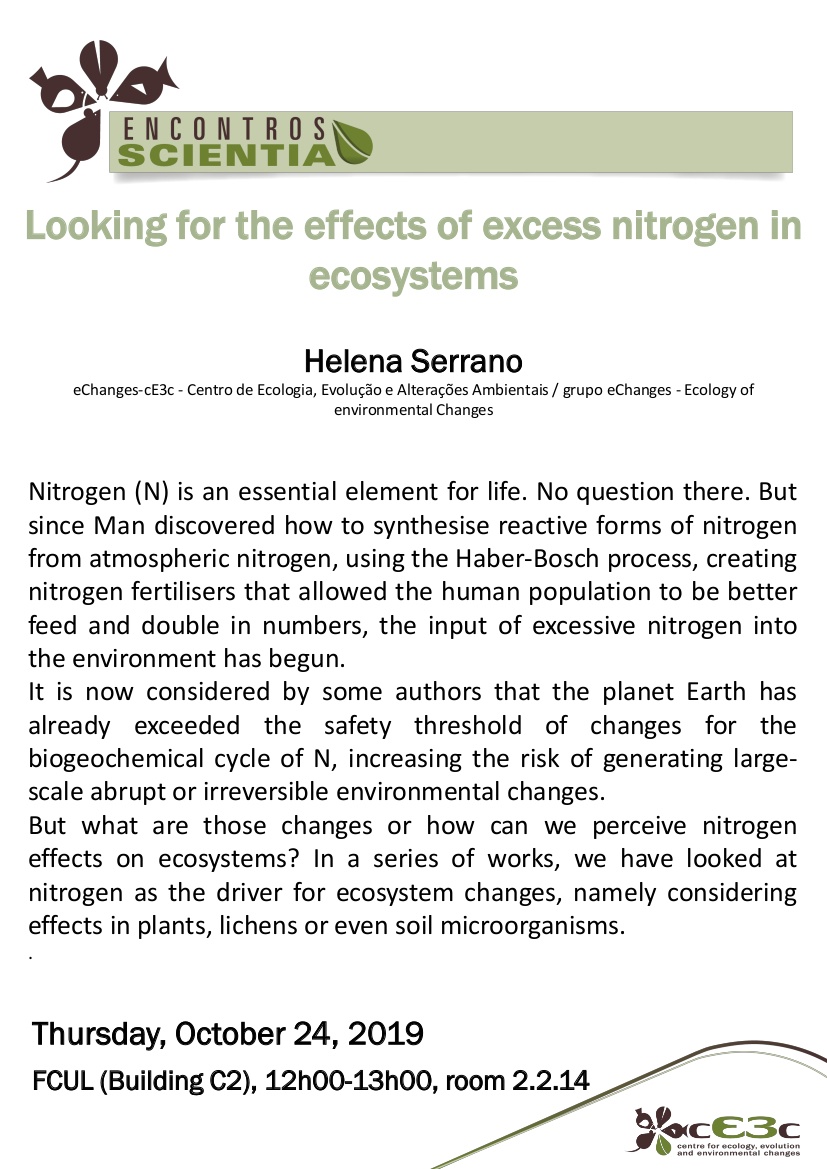 Looking for the effects of excess nitrogen in ecosystems

Nitrogen (N) is an essential element for life. No question there. But since Man discovered how to synthesise reactive forms of nitrogen from atmospheric nitrogen, using the Haber-Bosch process, creating nitrogen fertilisers that allowed the human population to be better feed and double in numbers, the input of excessive nitrogen into the environment has begun.

It is now considered by some authors that the planet Earth has already exceeded the safety threshold of changes for the biogeochemical cycle of N, increasing the risk of generating large-scale abrupt or irreversible environmental changes.

But what are those changes or how can we perceive nitrogen effects on ecosystems? In a series of works, we have looked at nitrogen as the driver for ecosystem changes, namely considering effects in plants, lichens or even soil microorganisms.