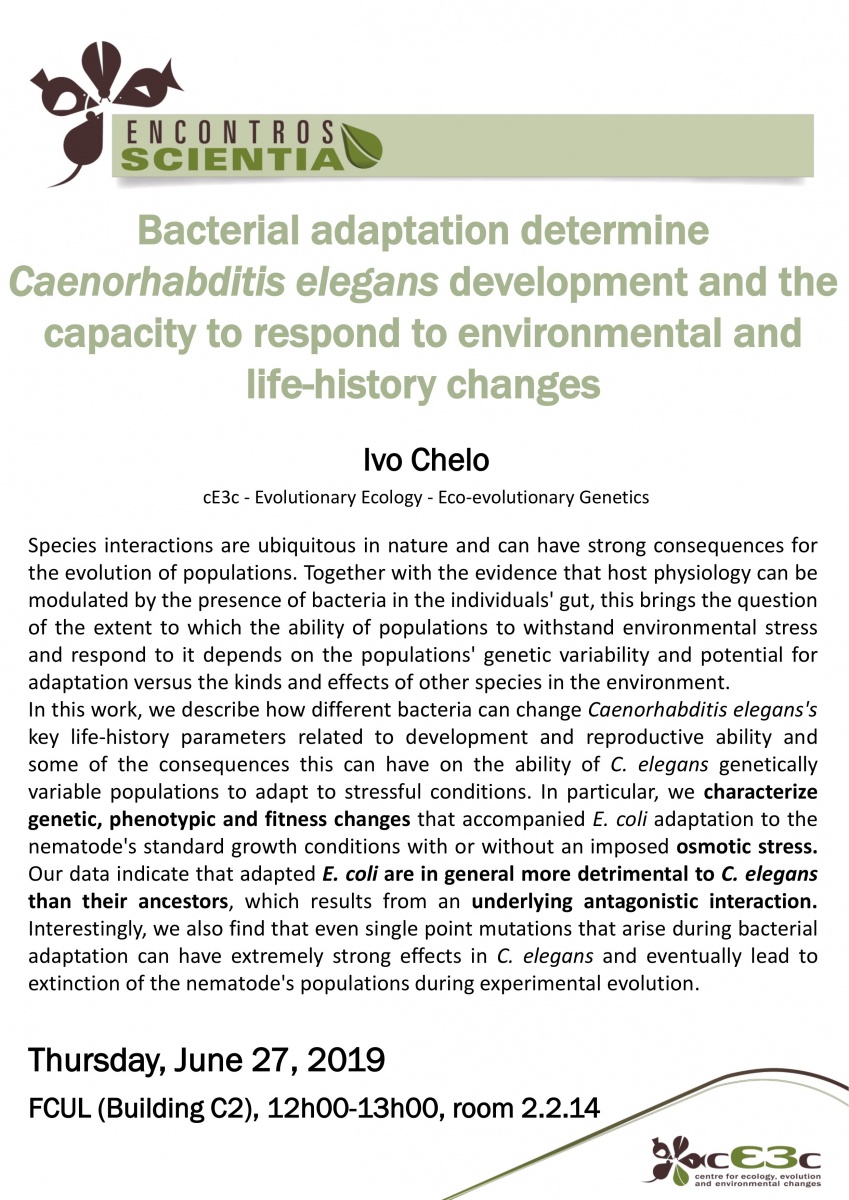 Species interactions are ubiquitous in nature and can have strong consequences for the evolution of populations. Together with the evidence that host physiology can be modulated by the presence of bacteria in the individuals' gut, this brings the question of the extent to which the ability of populations to withstand environmental stress and respond to it depends on the populations' genetic variability and potential for adaptation versus the kinds and effects of other species in the environment.

In this work, we describe how different bacteria can change Caenorhabditis elegans's key life-history parameters related to development and reproductive ability and some of the consequences this can have on the ability of C. elegans genetically variable populations to adapt to stressful conditions. In particular, we characterize genetic, phenotypic and fitness changes that accompanied E. coli adaptation to the nematode's standard growth conditions with or without an imposed osmotic stress. Our data indicate that adapted E. coli are in general more detrimental to C. elegans than their ancestors, which results from an underlying antagonistic interaction. Interestingly, we also find that even single point mutations that arise during bacterial adaptation can have extremely strong effects in C. elegans and eventually lead to extinction of the nematode's populations during experimental evolution.