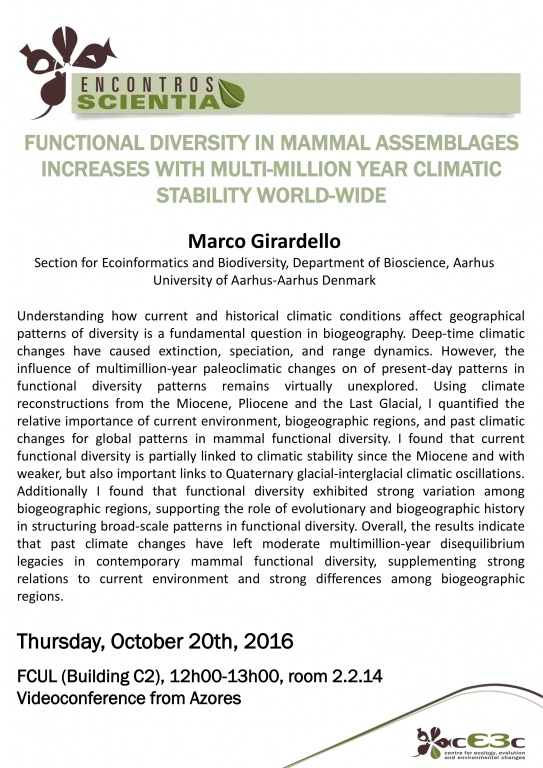 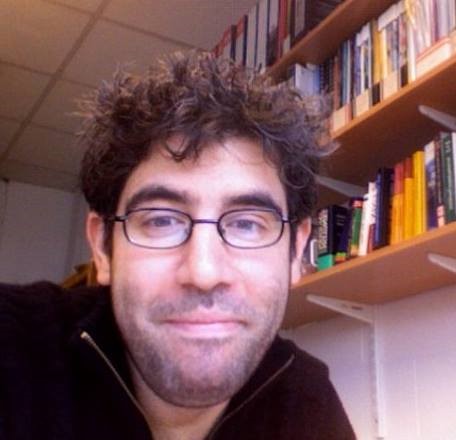 Marco's research interests lie at the interface between macroecology and conservation biology, with the study of spatial biodiversity patterns as the unifying theme. After undertaking a PhD at the University of Newcastle upon tyne, he worked as a quantitative ecologist at the NERC Centre for Ecology and Hydrology, before taking up a short-term postdoc position at CNRS in France, followed by a two-year postdoc in Denmark. His past work has mostly focused on the determinants of insect abundance and distribution, but the taxonomic spread of his research is continually expanding. His main work, during the last two years, has focused on quantifying the influence of climatic stability, shared ancestry and dispersal limitations on the geographical patterns in global mammal functional diversity.