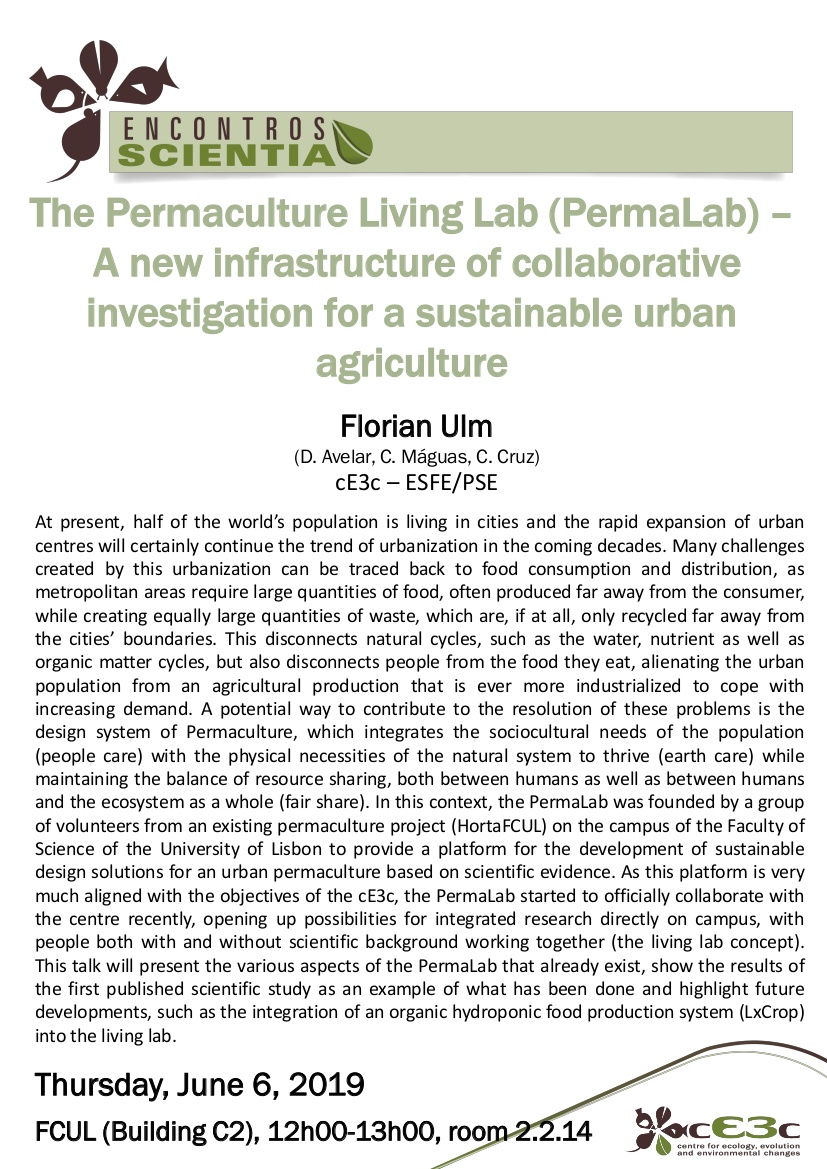 At present, half of the world's population is living in cities and the rapid expansion of urban centres will certainly continue the trend of urbanization in the coming decades. Many challenges created by this urbanization can be traced back to food consumption and distribution, as metropolitan areas require large quantities of food, often produced far away from the consumer, while creating equally large quantities of waste, which are, if at all, only recycled far away from the cities boundaries. This disconnects natural cycles, such as the water, nutrient as well as organic matter cycles, but also disconnects people from the food they eat, alienating the urban population from an agricultural production that is ever more industrialized to cope with increasing demand. A potential way to contribute to the resolution of these problems is the design system of Permaculture, which integrates the sociocultural needs of the population (people care) with the physical necessities of the natural system to thrive (earth care) while maintaining the balance of resource sharing, both between humans as well as between humans and the ecosystem as a whole (fair share). In this context, the PermaLab was founded by a group of volunteers from an exiting permaculture project (HortaFCUL) on the campus of the Faculty of Science of the University of Lisbon to provide a platform for the development of sustainable design solutions for an urban permaculture based on scientific evidence. As this platform is very much aligned with the objectives of the cE3c, the PermaLab started to officially collaborate with the centre recently, opening up possibilities for integrated research directly on campus, with people both with and without scientific background working together (the living lab concept). This talk will present the various aspects of the PermaLab that already exist, show the results of the first published scientific study as an example of what has been done and highlight future developments, such as the integration of an organic hgydroponic food production system (LxCrop) into the living lab.